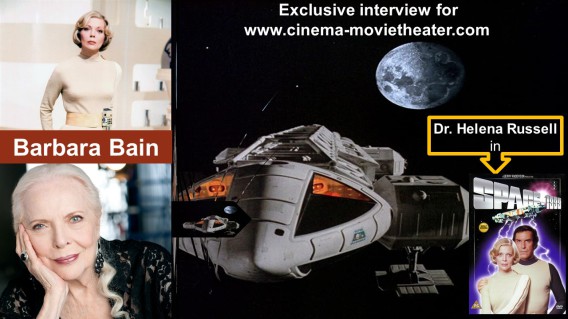 Hi Barbara, I'm very happy to do this interview. And I hope this finds you and yours safe and healthy.

I know it is old serie but I saw when I was young,and in december 2019, I bought in DVD saeson 1 and 2, I finished to see it and I like so much always.

Firstly, let me say hello. It is gratifying to know that the work I did some years ago still has resonance. I am still working and embrace every project with the same zeal and joy.

What did you like in your character about Dr. Helena Russell in Space : 1999 ?
Her commitment. Her dedication. Her need to make the best of the dire, unexpected situations she found herself in. 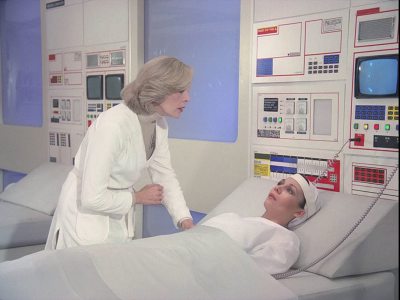 I saw an interview about your husband Martin Landau (1928–2017) who was the Commander John Koenig.
He said that he preferred the season 1 of Space: 1999 . And you preferred season 1 or 2 ?
Each year had challenges and puzzles to solve.

How is the filming with Martin Landau (1928–2017), Nick Tate (Alan Carter), Barry Morse (1918–2008) who was the Prof. Victor Bergman............ and Directors ?
I had worked with Martin before. That was always a bonus. As for Nick, a dear, as were ALL the actors. And as for Barry, the best! As for the directors, they were all creative and serious. But there was also great camaraderie so we also had many laughs.

Two standouts, Lee Katzin, who we (both Martin and I) had worked with here in the USA, and the treat of them all, Charlie Crichton, a Scot, and the best dear heart of all. 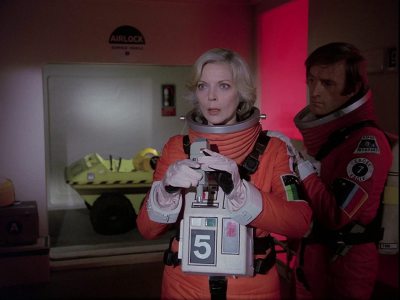 Did you perform with your co-stars before or after Space : 1999 ?
Only once. With Barry Morse on the stage.

How long did the shooting for season 1 and 2 about Space: 1999 ?
Time has never been my strong suit. As specific as I can be, we were in London for approximately three and a half, or four years.

There were breaks of course. Each episode did take longer than an American episode. This was due to the shorter working day and production costs. Example: The enormous and beautiful standing set of the Moon base Alpha.

You perform before and after Cosmos : 1999. But what did this role of

Dr. Helena Russell bring to you in this series for your career ?
She is all part of the mosaic of my life. 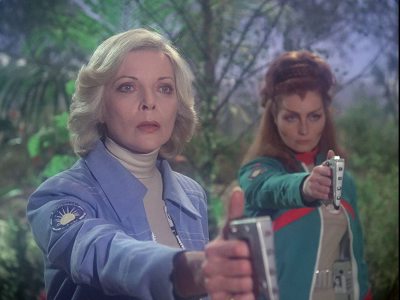 I was a young actress. I was gifted with a dream role. Bruce Geller had seen me in an acting class and wrote Cinnamon for me.

He had faith that I could play the “glam” role and a different character as part of the story every episode, I was wonderfully received, and it was a wonderful time.

How was the filming of Mission : Impossible ?
It was wonderful in all regards. Particularly the attention to all detail by Bruce Geller. 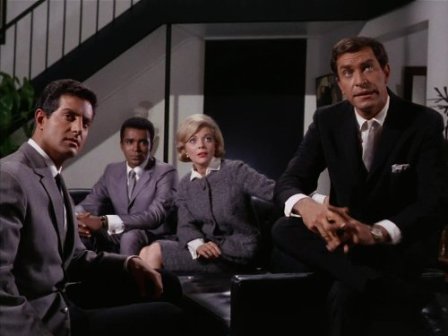 Thank you very much for your interview Barbara. I wish you the best

More information about Barbara on IMDb