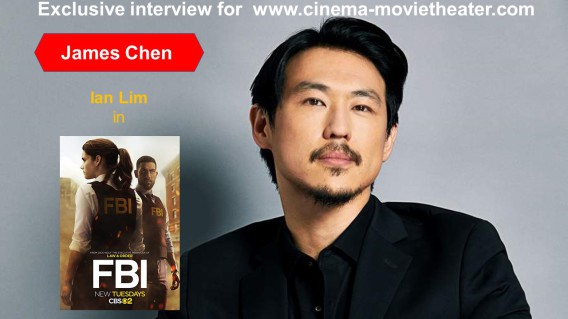 Hi James, I'm very happy to do this interview.

Could you tell us about your character Ian Lim in “FBI” ?
Likewise, great to connect! Ian Lim is an FBI agent at the Bureau’s main office in Manhattan at 26 Federal Plaza. With an expertise in computer systems, he’s part of FBI’s CART

Computer Analysis Response Team — where digital forensics is used in ongoing investigations to analyze recovered evidence such as cell phones,

SIM cards, video footage, you name it — all to produce leads. He manages his own sub-team at the Joint Operations Command where he works closely with the Special Agents in charge, Castillo and Valentine, as well as our hero field agents.

You’d walk away from meeting Ian with a healthy taste of his dry wit and sarcasm where he would have gladly reminded you of his wizard-level abilities. He has a deep sense of pride in his work and brings a hacker’s competitive edge to outsmarting the bad guys. He might spend too much time revising his online dating profile.

How is the filming with Missy Peregrym, Zeeko Zaki, Ebonee Noel, Jeremy Sisto and creators ?

It’s without exaggeration the most laughs I’ve had on set! I’m convinced Zeeko alone could have a super successful career in comedy. The rapport and talent and energy and chemistry from this cast and crew is really special. No smoke, they all make it look easy, are so professional and amazing human beings. So much of one’s experience on a project is the people you work with and I’m really grateful to be a part of it.

Have you worked with your co-stars before ?
I haven’t actually, but I had known of a few of them and their work for a super long time, Jeremy in Clueless is so classic. I’m actually a long-time Law & Order fan, so it was pretty special to meet Jeremy and Alana, who are as down to Earth and nice as they are talented.

How long did the shooting for season one of FBI take ?

We shot the pilot in April that year and wrapped in late April / early May the following year, so a healthy 22 episodes over that year. 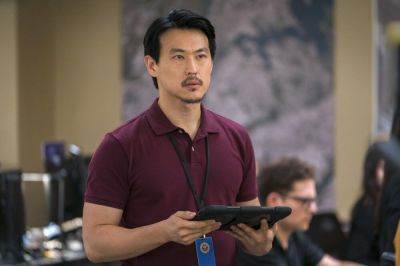 You guest starred in “Elementary", "Person of Interest”, and "NCIS: Los Angeles”. How was working on these three shows ?
Really fun! They are all such well-oiled machines, with fantastically-talented, veteran casts.

Elementary was particularly special for me, because Lucy Liu was directing that episode and she’s been such a role model for a long time.

It was great to meet and work with her in that capacity, and to thank her for all she’s done for the community.

With Person of Interest, Jim Caviezel is the nicest coolest guy. I can never forget him from when I first saw him in  The Count of Monte Cristo. And with NCIS: Los Angeles, I checked off ‘death by super virus’ off my list, and it was fun spitting up fake blood and passing out on set! And NCIS: Los Angeles was my first job in LA, and working on a studio lot.

Super fun times with a great director and cast.

What is your next challenge ?
Currently, I am learning to play the bass guitar for a production of Lauren Yee’s  Cambodian Rock Band going up at Portland Center Stage later this summer. Always fun learning a new skill, and those years of growing up playing piano have come in handy!

Do you wish to add anything ?

Thank you for this interview, and all the viewers in France. It’s been many years since I’ve been to your beautiful country, and I loved Paris and its art, cinema, and culture.

Can’t wait for a chance to return! Thank you for your strong leadership in battling climate change.

Thank you very much for your interview James.