Release USA the 10 June 2016
With my opinion and my mark, also give your opinion and your mark. 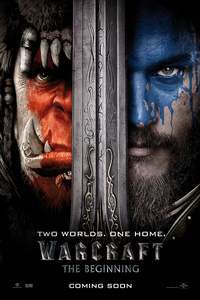 The film portrays the origin story of the initial encounters between the humans and the orcs, with an emphasis upon both the Alliance's and the Horde's sides of their conflict. Featuring characters such as Durotan and Lothar, the film will take place in a variety of locations established in the video game series. Written by antonyboy

The uninitiated like me spend still a good time without getting bored.
There are impressive fight scenes, special effects with a beat or we do not boredom
By against the plot is a bit complicated, and not always readable.