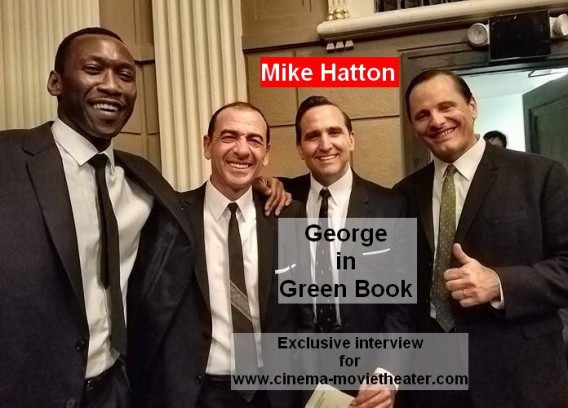 Hi Mike first, I'm very happy to do this interview about you.

Thank you! I'm happy to talk about me! Haha.

What did you like about the storyline and your role in Green Book ?

I love that it's a true story and I love the musical aspects of the film.  My character George was witness to an  amazing journey that has a lot of ups and downs. It was very exciting to make him even more exciting to see unfold.

There is emotion and humor in this film. How was the filming with Viggo Mortensen and Marhershala Ali.?

Filming with both of them was an incredible experience.  Seeing the process that they take to develop and become the character was amazing... and watching them seemlessly flow in and out of them was inspiring.  I think I was doing an alright job before, but I took some tricks that I saw them use and I'm proud to say it's made me a better actor.
Working with the best elevates your skills!  Mahershala's process was very different than Viggo's.
Don and Tony were very different so the approach to each had to be different.  Don is a very solitary man.  So I saw many times where Mahershala would have to go off into the back of the room on his own to turn on the switch.
Mahershla is nothing like Don.
He's a very outgoing guy and he's great around groups of people.  So to see him become Don, who was more of a showman on stage and less chatty in a group, was very interesting.
Viggo had a different approach.  had a lot of fun with Viggo making jokes on set.  Tony was a fun guy and he had a lot of fun making the character.  There were times when he was making tiny tweaks to lines in the delivery in between takes and he's run something by me... and we would both start laughing.
He was a lot of fun.

I didn't know them personally but I knew their work.  I loved Mahsershala's work in Moonlight and House of Cards was one of my favorites.  I was glad to see him with more screen time in Green Book as he's such an incredible force on screen. And Viggo Mortensen is one of the all time greats!
I remember seeing him in Carlito's Way where he stole the scene with
Al Pacino and being super impressed...
I mean, how do you steal a scene from Al Pacino?!  And since then he's been cranking out incredible performances.
My favorite work of his is what he's done with David Cronenberg, especially Eastern Promises, and I don't care if it's cliche to admit that I'm a huge fan of The Lord of the Rings and he's awesome in those!
Working with these guys is like getting to play baseball with Mickey Mantle and Jackie Robinson!  They're two of the best of this generation and I can't wait to see more from them and hope to work with them again someday either as an actor or a producer.

I saw in your biography ".....As a child, Mike would often direct and star in improvised short sketches made with a home video camera......"
When and why did you choose to be an actor ?

I think I chose at a young age that I wanted to be an entertainer.
It started out as putting on little sketches for my family and then evolved into making home movies with a friend's VHS camcorder.
I have a twin brother and we were friends with another set of twins boys
we met a school.
With 4 of us always being around, it was like having a built in movie crew!  There was always someone to act with and always someone else to hold the camera!  So we made kid parodies of Hollywood blockbusters like,
"The Godfather" and "Batman."
The audience was just us and our parents, who encouraged that we do it!  I enjoyed the acting part the most, but I also loved the creative process behind the production.
For example, one of my fondest memories making those films was when we were doing our own version of "The Exorcist," and I came up with the idea for my brother, who played "Regan," to stand on the bed covered in a sheet while leaning backwards holding out a pair sneakers out the bottom so he papered
to be levitating!  My dad was impressed with that "special effect!" Hahah.

What is the role you have played, who was the hardest but the most rewarding for you?

The first movie that I was in was a tiny little indie called 6:30.  It was a challenge because I was playing a drug addicted fraternity guy and I've never been into drugs. I had an older brother who had a bit of a problem so it always steered
me clear of them.
I had to come up with a character so I basically just did an impression of my older brother (who had cleaned up his act over the years) and combined with with what I knew actually being in a fraternity in real life.
I was just at that point in the beginning of my career where I was uncertain that
I could pull it off and I'm glad to say it worked well.
I've heard often from people watching that film that I was one of the best parts
of it and I still collaborate with the director of it today. So I guess my choices worked and it's led me to a long career.

Right now I'm producing several films that I will act in as well.  I have a few projects with Green Book writer/producer Nick Vallelonga that I'm really excited about making.
With the awards season being so long and there are a lot of events and appearances, it's taking a lot of time away from developing these projects but we're making offers to talent to board some of them to go this Spring!

I just wish to add that I'm so very lucky to do what I love and have a loving and supporting family who encourages me to do it.
The entertainment business can be awful but if you're in it for the right reasons, it's worth it and will pay off!

Thank you very much for your interview Mike and I wish you the best. 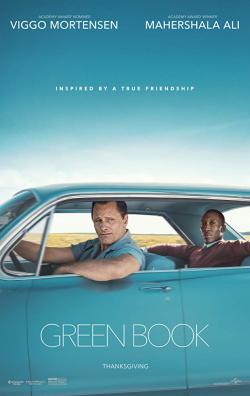