Hi Alexander, I'm glad to do this interview and I hope this finds you and yours safe and healthy.

Hello Jean-Paul! I feel very inspired by the opportunity to do this interview and share our movie with you and foreign cinema-lovers.

The idea of erasing borders between countries with the help of art has always seemed very important to me.

Could you tell us about your character  Dima Dubin in Mayor Grom: Chumnoy Doktor ?

I play Igor Grom's partner - Dima Dubin. He's one of the main characters in the series of Russian comics published by Bubble company. My character is very active, honest and passionate about his internship at the police station.

This is a classic character who plays the role of conductor for the audience: he complements Igor and clarifies his actions.

Dima is very bright and unspoiled by the system, he's full of energy, dreams and hope. He's loyal and values friendship.

I was inspired by the idea that it's got to be the first Russian movie based on Russian comics, so I was interested in this genre and the process of transferring this material to the screen.

Also, from the very beginning I was curious about the visual effects and the plague doctor's costume: how are they got to look?! 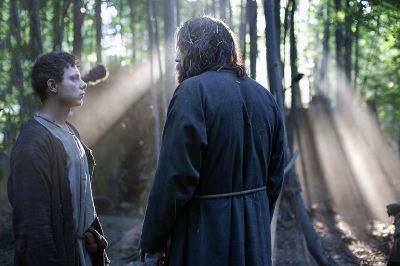 This picture is from "Sobor"

Firstly, I've read all comics books about Igor Grom. I had been spending all days reading the script and thinking about my character, his relations with others and his personal growth.

And of course we had many general meetings with the director discussing the scenes and internal characters changes.

How was the filming with Tikhon Zhiznevskiy, Lyubov Aksyonova, Aleksey Maklakov,............and the director Oleg Trofim ?

It was the most powerful and breathtaking experience so far. We had shooting days full of discussions and inspiration.

I'm very thankful to all members of the crew and especially  to Oleg Trofim for my huge acting growth. We still communicate very often.

I played with Alexandra Veleskevich (plays police officer in Major Grom) in project "The Winners". We are in a very good relations, she is an amazing actress and person.

We've been filming for 4 months in St.Petersburg and it was a very special time. 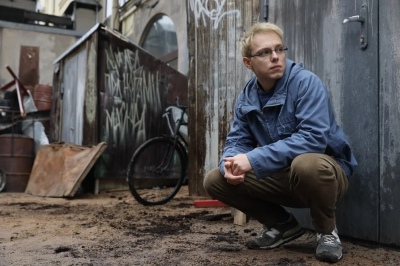 Now I'm busy with auditions but this fall the premiere of TV series "Sobor" is expected on Russian television.

This is a historical drama filmed by Sergei Ginzburg and I am very happy to be a part of this project.

I wanted to thank you and all viewers from all over the world who are reading this for your attention, interest and warm reviews about the movie.

Our film crew put so much love and care into this movie, and getting it back seems to be a dream.

Cinema-movietheater.com, thank you so much for the interview, stay safe. 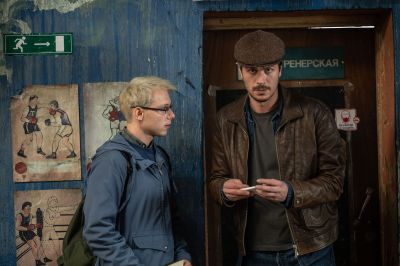 Thank you very much for your interview Alexander and all the best.

More information about Alexander, on Facebook  and on IMDb

Click on the poster below to see this movie on Netflix 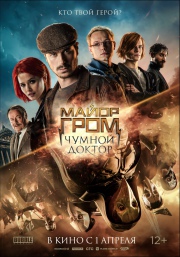