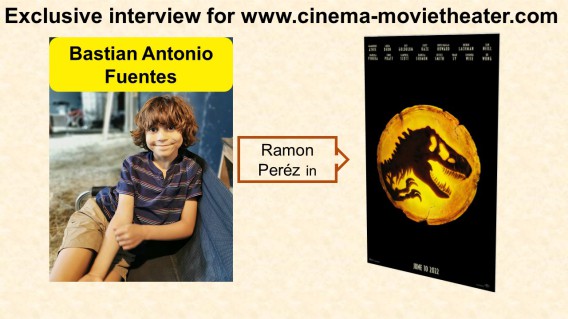 Hi Bastian, first, I'm very happy to do this interview about you

What do you like about your character Ramon Peréz and in the
storyline of Jurassic World Dominion?
What I like about Ramon is that even though he was scared of the Locust,
he was brave and still tried to protect himself and his sister by catching it
and that my character was important to the storyline because of that, the
whole movie is centered around that story...

How did you get this role?
Because they started casting my role around the middle of the Covid
lockdown we couldn't do any in-person auditions so I was asked to do a
self-tape of a scene with Laura Dern, my on-screen mom and on-screen
sister using my American accent, (that scene was cut from the movie but
we are hoping it might make it to the Director's cut so I am keeping my
fi ngers crossed for that)

I had been working really hard on my accent so it was fun to fi nally try it out.
Two weeks later I got recalled for the role and the casting Director (Nina
Gold) wanted me to do a scene where I was running away screaming from
spiders crawling on me....

Nina didn't want me to know what I was auditioning for at the time as it was all top secret so that's why she said spiders.
In a weird coincidence my mum is a huge Jurassic fan and to help me with
my self-tape and how to act scared she showed me the scene from Jurassic
Park where Tim and Lex are trapped in the kitchen with the Raptors....it was
really scary and it helped me get into character for the scene I was about to
tape....neither of us knew at the time that the scene I was using to help me
with my tape was going to help put me in the franchise, it was just the only
scene my mum could think of at the time that would give me the right type
of fear I was looking for.
It was a huge shock when I got a call two weeks later from my agent to say
that Colin loved my tape and that it was for Jurassic World Dominion!!?

How did you prepare for your role?
Apart from that one scene I watched to help me tape for the role; I had never seen any of the Jurassic movies so I sat down and watched every single one of them!  I watched the first 3 Jurassic Parks at home and then I watched the Jurassic World films when I got to the hotel ahead of filming...

I had a week of isolation first so I had lots of time to prepare.

How was it shooting with  your co-stars and with the director
Colin Trevorrow?
It was amazing! Such an adventure because of the Covid lockdown we were
all in the same hotel together so it gave me a chance to make lots of friends
and Manni (who plays Alicia, my on-screen sister) and I became inseparable,

we spent every minute together, going on bike rides, swimming
and hiking on our days o ff , she has become like my real-life big sister and
we see each other often as our families are close too.

"Manni and I spent lots of time with our on screen mum too and although she lives in Spain we talk loads on WhatsApp and try to catch up when she is over here....we have become a little "Jurassic family".
I got some amazing advice from my co-stars....

Sam Neill told me to never be late to set and always make sure I learnt my lines and Laura Dern gave some great advice on how to improvise on set when we did our scene together.
Colin was really nice and friendly and every time he gave me direction he
was so clear so I always knew exactly what my job was.

Colin didn't just tell me what to do he showed me by acting it out so really it felt like my job was very easy, I was just copying what Colin did.

How long did the filming take for this movie?
I was at the hotel for just over 3 weeks but my role was fi lmed over 4 days
with one of those days being a behind-the-scenes project, which I hope
makes it into the directors cut....we shall see.

If there was a Park with prehistoric animals, would you go?
The Jurassic franchise has taught me that that would be a very bad idea!
The idea is really fun and daring but dangerous on too many levels for it to
work.

What is your next challenge project?
I do have a small but amazing role in another huge movie due out next year
but I can't say what that is just yet.

Do you wish to add something?
I'm so happy that I got a part in this movie even though it was a small role,
it was my first professional role and was really when I got addicted to being
on a film set. I like seeing the end result in the cinema but I LOVE making it
and being on the set more...

I always get really nervous before I go on-set when I am in my trailer but for some weird reason that I can't explain, the minute that I hear "camera's rolling" everyone on set just disappears and I'm not nervous anymore....and it's just me in my scene with whoever I am in the scene with...everything and everyone just falls away so to me it feels real, not like I'm making a scene but like it's actually happening.

More information about Bastian Antonio  on Instagram and on IMDb 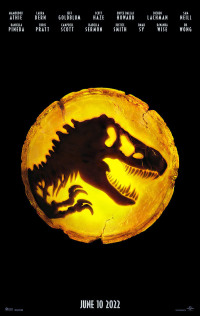