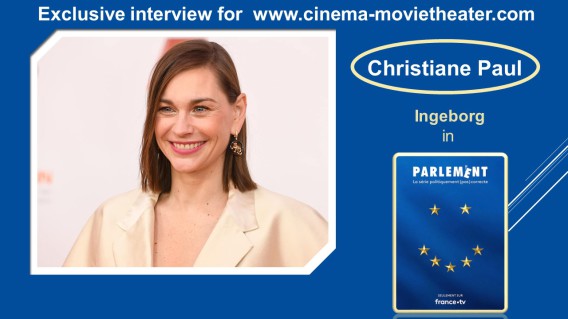 What can you tell us about your character Ingeborg in TV Series Parlement (2020– ) ?

Ingeborg is a very powerful German adviser in the EU parliament, who really loves the EU and deeply believes in its idea.

She is not a very nice or friendly person, but smart, strong and manipulative. Her colleague describes her as the „nightmare of the witches“.

But actually all her intentions and action are for the unity of Europe against all the reactionary forces.

First I loved the highly political content, the very accurate inside look into the EU. I think it was about time to do a show, a comedy about the EU-parliament. As I read the script in a train one day, I started to laugh so very loudly that people stared at me, not understanding what was happening.

It was the dialogues. They are so funny.
I love all the different characters with all their specialties based on the countries they come from.

I also liked that we talk in different languages in the scenes, all the time: French, English, German, Spanish...I had to talk and act in French for only the second time. That was really challenging me.

It was wonderful to work with all the different actors from all over Europe. Xavier was very funny and very creative, he improvised a lot, which was really great.
I also loved Lucas, who played my unfortunate colleague, who was dependent on me. He was so crazy - in a good way of course - and so funny too.
And I had the chance to work with the great Philippe Duquesne. He is a big star and such a wonderful comedian and a great clown.
I loved watching his performances. And I experienced William Nadylam’s way to work and his approach to the scenes, which was very interesting and enriching for me. We talked a lot about Shakespeare.
And of course the two wonderful young directors Émilie and Jérémie. I admired their creativity, patience and courage. I think there was a lot of pressure on their shoulders.
The series really hits the countries hard at their neuralgic points which was not without controversy. They managed this so well and implemented it perfectly.

No, unfortunately not.  Hopefully we all see each other again for a second season.

Yes, we were filming in Bruxelles and Strassbourg on original locations. The building in Strassbourg is huge, you can get lost. Inside it is like a city.
It was very exciting to get to know these places from the inside.

Almost 2 months last year, from October to the end of December.

You can tell us why you don't like sharks ? LOL :o)
Oh, I like sharks. I just think they are a political problem. But please don`t ask further, it is too complicated to explain.

Can you tell us more on your role and the storiline of your next movie  Borga (Germany Film) ?

Borga is a about a young man, Kojo, from Agbogbloshie, Accra in Ghana, who comes to Germany illegally to find his luck, to become a Borga, a rich man. He illegally exports electronic scrap and struggles later with drug trafficking. At one point he meets Lina, my character, and they fall in love. But his strings to illegal jobs, the drugs and because of all his secrets, they split up. And Kojo has to decide if he wants to go on like this or to change his life. 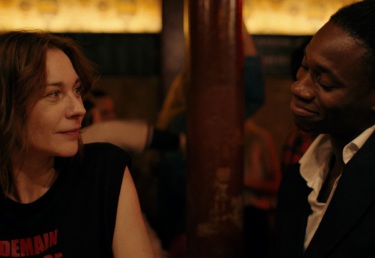 Christiane Paul as Lina in "Borga"

Actually I started to write a film script. I just finished the exposé, ready to work on the next level. 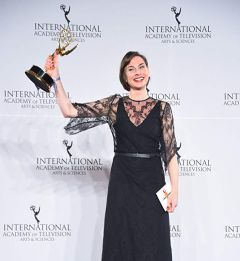 I really hope that „parlement“ goes for the next season. And that it will be broadcasted Europe-wide.

Thank you very much for your interview Christiane. I wish you the best