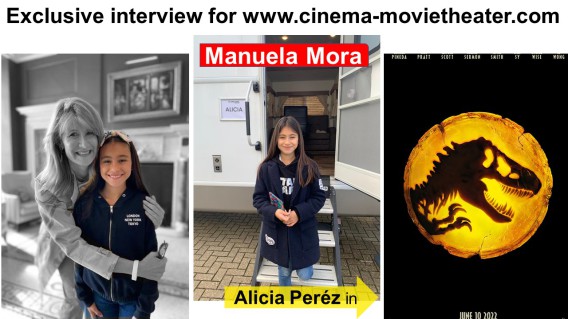 Hi Manuela, first, I'm very happy to do this interview about you

What do you like about your character Alicia Peréz and in the storyline of Jurassic World Dominion?
I like how she thinks and acts quickly. In one of the scenes that I did, I grabbed a spade as a defensive weapon when I realized me and my brother were in danger.

How did you get this role?
In 2020, my dad’s friend, Sonia, found the Nina Gold casting on Facebook. At the time, we didn’t know which movie it was, but as it was a Nina Gold casting, we guessed it was something big. My dad sent some pictures of me and my sister to the casting director and then they sent us some scenes to tape and send back to them.

They really liked us, so they got us to do another scene for them – we had to pretend we were running away from spiders or little creatures. After that, my dad started getting a lot of calls from the casting director, Kate. One day, he got a call from her, and he put it on loudspeaker.

She told him he wanted to speak to him privately. Later that day, I received the news from my family that I got the role I wanted, as well as the title of the movie. I thought it was a dream! Coincidentally, we had been watching all the Jurassic Park movies as well as the new Jurassic World ones recently. I was so excited to start this adventure. 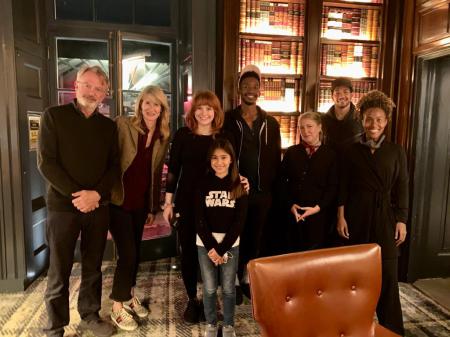 We printed out the script and me, my sister and my dad all sat together, going through the emotions of the characters as well as the actions.

It was thrilling and my dad helped a lot as he was into theatrical performances, he’s actually done one recently.

We also searched up auditions from famous actors from when they were young and just starting their careers.

It was very inspiring!

How was it shooting with your co-stars and with the director Colin Trevorrow?

It was amazing! Such a friendly and relaxed environment and super kind cast and crew. Colin Trevorrow was so helpful, suggesting ways in which I could improve my performance.

They gave us breaks and food, and we always had a chance to talk to everyone. 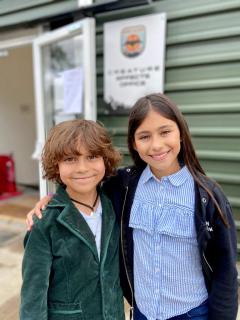 How long did the filming take for this movie?

For my and Bastian’s scenes, it took 2 days. After we had finished, when the crew were editing, they realized I wasn’t in one of their preferred shots so a couple weeks later, we returned to the hotel where we were staying to film the main scenes.

This time, I came with my mum, and I tutored this time as I had to film during school. Overall, Filming began in February 2020 but was suspended in March due to the COVID-19 pandemic. It resumed in July and concluded four months later.

If there was a Park with prehistoric animals, would you go?

Before I watched the Jurassic films, I would definitely say yes.

I mean, how cool would it be to see extinct dinosaurs? But, after watching the films and realizing how terrible it was, a definite no. Don’t mess with nature! Just leave it be. 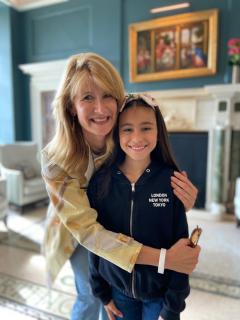 What is your next challenge project?

For now, me and my siblings have an agent Allen&Abel, and we are doing self-tapes from home. I am now studying musical theatre and have recently gotten into a major feature film, which is really exciting but I can’t say what it is yet!

Thanks to everybody who have supported me these last 2 years. 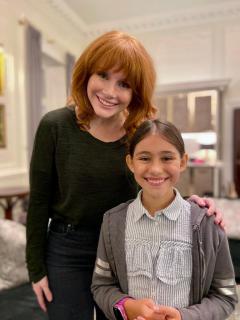 Thank you very much for your interview Manuela. Jurassic World: Dominion is you first role. I wish you all the best for your further career

More information about Manuela on IMDb 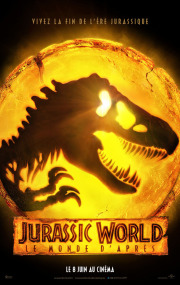