Exclusive interview with Chris Collins an American Actor and Manager 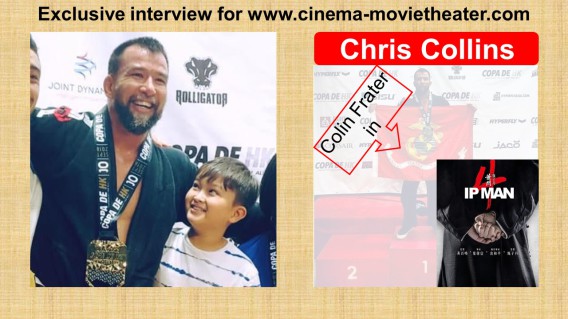 Hi Chris, I'm very happy to do this interview.

Could you tell us about your character Colin Frater in Ip Man 4:
The Finale ?
I play the role of a Karate instructor who teaches the hand to hand combat fir the USMC. He’s set in his ways and believes in his. Very narrow minded thinking.
He’s also a bit of a racist. He teams up with Scott Adkins character to try and crush Chinese KUNGFU because Vanesses character is trying to bring it into the USMC  hand to hand combat training. 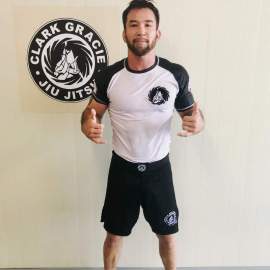 What did you like when you read the script ?
When I read the script, I thought the director was joking, because the backdrop
of the story is my own personal life.
We spoke in great detail about my life while filming Paradox.
They really liked how I incorporated my wing Chun into the Marines CQC training at my unit of more than 400 Marines.

I actually requested to be stationed in Southeast Asia in order to focus on training wing Chun and Pekiti Tirsia KALI so I could bring it back to my Marine Corps.

I really believe in the training methods which can help develop Marines from empty hand to weapons training. So I was delighted to see this story being brought to the big screen.
Especially being part of the Ip Man franchise. 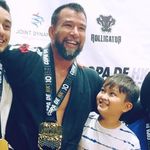 How was the filming with your co-stars and the director Wilson Yip ?
Working with Donne Yen is an absolute joy. He’s so gifted in film making
and creating exciting martial arts fit the screen.

It was an honour to learn from him.
Scott’s also fun to work with. It’s out second project together.
The other being, Wolf Warrior with Wu Jing. Director Wilson really knows how to bring drama to the story and allow your own individual characters we are playing stand out.

It’s quite fun to do chisau with him on set. It puts a big smile on his face. 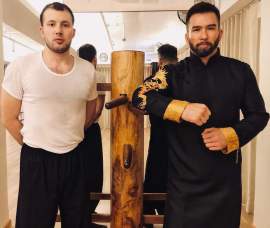 Did you perform with your co-stars before ?
I worked with Donnie before on ‘Big Brother’ I helped him with character development as he plays a former Marine and school teacher.

I taught in local schools and used wing Chun to teach the kids.
As I mentioned previous it’s also my second time to work with Scott.
That was fun because we were able to train together during off days. 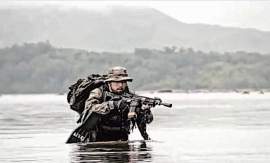 Can you tell us more on your role and the storiline of your next movie  Raging Fire ?
Raging Fire is going to be an all out action fest with Benny Chan in the directors chair. While working on Ip Man, Donnie asked me to be the assistant action choreographer and also train the actors to look more authentic in their skills.

and teaching everyone how to shoot guns, move with tactical precision and add my spice of KALI wing Chun boxing and Brazilian jiu-jitsu to Donnie’s fight scenes. He’s a true Pioneer or action in movies.

The feeling of the movie will be similar to Heat and Den of Thieves.
Of course we will have action to the tenth. 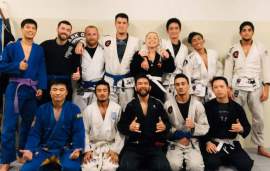 It’s going to be my opportunity to bring my martial arts skills to the big screen in my own way with what I’ve learned from Donnie Yen, Sammo Hung, Yuen Woo Ping and Nicky Li. 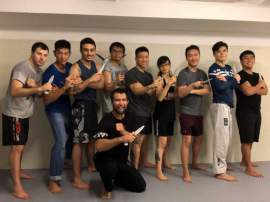 Do you wish to add something ?
Thank you for the interview and I look forward to talking with you again after filming of RUCKUS FACTOR

Thank you very much for your interview Chris. I wish you the best 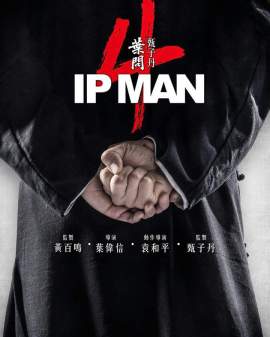