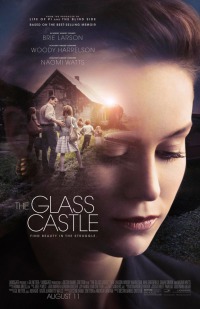 A young girl comes of age in a dysfunctional family of nonconformist nomads with a mother who's an eccentric artist and an alcoholic father who would stir the children's imagination with hope as a distraction to their poverty.

My Opinion
(With late, i'm sorry but this movie is realesed the 27 th September in France)

A film with ups and downs but still touching.
Extroardianire in "The Glass Castle" of Destin Daniel Cretton, Woody Harrelson plays an authoritarian father, baba cool, alcoholic and violent. who leads his family on US roads.