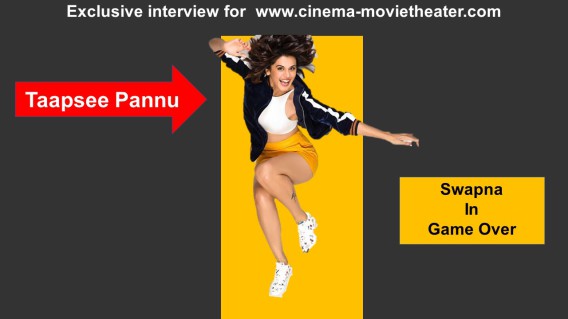 Hi Taapsee, I'm very glad to do this interview about you.

On the outset apologies for this delay in replying as I was busy with my film releases and shoot back to back.
I am grateful for your interest in my profile and would love to answer your questions

What did you like about the storyline and your role in Game Over ?

It is unlike any other indian film yet has all indian elements of emotion n drama in it. I felt this could be the film that pushes the boundaries of thinking for an indian theatre going audience as they r used to watching such out of the box concepts only on OTT platforms.
Regarding my character, people usually offer me strong characters where the character is able to speak for herself and stand for herself. This was unlike all those. Here I was totally ripped off my confidence and that’s why something magical happened in the film I feel, coz I was going in an unknown territory

How was the filming with co-stars and the diretor Ashwin Saravanan?

I had very few costars in the film. Majorly the woman who plays my hairs help. So interaction with everyone was very brief and healthy.
With Ashwin it was a learning experience.
He is a very insightful and very sharp director. We are almost the same age so the interaction becomes informal very easily. Comfort level is good.
So I am really hoping to work with him again soon.

No not really. I knew of the girl who played tattoo artist but apart from her didn’t know  any other go actor

You are awesome in the movies Pink, Soorma and for Badla I don't see again because unfortunately in my region in France does'n't release
India movie, I bought in French website which import India movie in DVD.
Pink and Badla that's movies with Mr Amitabh Bachchan, how was the filming with him?

Again a great learning experience. Mostly because the fire in him to excel
his role and the effort he puts in for the same are admirable.
I am hoping I learn from him to keep that fire alive for years to come

How many languages do you speak, because you have been an actress in Telugu, Tamil, Hindi movies?

I can speak English, Hindi,Punjabi, Telugu and can manage Tamil but not very fluently.

I take one day at a time usually in my life coz nothing has ever happened as per my plan. As a long term goal I just want to see a day when an audience walks into a movie theatre and spends their hard earned money on my film believing me blindly that if I have done it, it’s worth their time and money.

I think it’s brief, crisp and clear. Thank you so much

Thank you very much for your interview Taapsee and I wish you the best for your future. 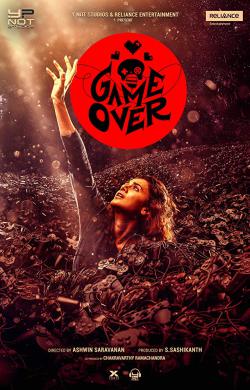