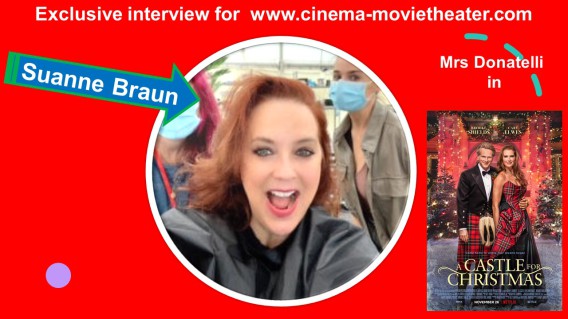 Hi Suanne, I'm glad to do this interview
Thanks for having me.

Sure, hello/bonjour I am Suanne Braun. I am a South African born actress who lived in Los Angeles for a long time and now based in London. I have been acting professionally for over 30 years and have been lucky to work on stage, film and on tv. I love my job!

What could you tell us about your character Mrs Donatelli in A Castle for Christmas?

Well, I have been playing Mrs. Donatelli for the last 3 years and the character is best known from The Princess Switch films.

She is the right- hand woman to Queen Margaret (Vanessa Hudgens) and I am so delighted to have been in all three of the Switch films.

The idea to have Mrs. D pop up in Castle For Christmas came about when Brad Krevoy (executive producer) and I were having a chat on the final night’s filming of Princess Switch 2.

I jokingly asked if I could play Brooke Shields’ sister. He said no to that but yes to having Mrs. Donatelli in the film.

It’s a fun surprise for people who watched the Princess Switch films and Netflix love to have these crossovers in their Christmas films. Fans LOVE it and I’ve had so many messages about our “Easter Egg” in Castle For Christmas.

Fans seem very happy that Mrs. D finally got to have a week end away too.

I saw the movie on Netflix France, I like the storyline and the views of Scotland are gorgeous.

And you what did you interest when you read the script?

Scotland is absolutely stunning, and I feel really fortunate to have worked there quite a bit now. We filmed the second and third Princess Switch there as well as Castle For Christmas.

I love the Scottish sense of humour too and they all looked after us so well. I didn’t get to see the script in full because it was only the one little cameo for me on this one.

How was the filming with Brooke Shields, Cary Elwes, Lee Ross, Andi Osho........... and with the Director Mary Lambert?

We arrived in the middle of their shoot and it was also in the height of lockdown in 2020 so the rules of filming and socialising were super strict  and so we did not spend a lot of time together.

Mary Lambert is an absolute legend and was so lovely to us. I didn't get to work with Cary Elwes or Lee Ross but Andi Osho is a delight and Brooke Shields and I enjoyed a glass of bubbly together in the bar one evening.

I’ve long admired her career and she is as fabulous as one imagines she is.

How long did the filming for this movie and where is it in Scotland?

Shoots usually last round 8-12 weeks. I was only on this one for a week. We filmed in South Queensferry in West Lothian which is just outside Edinburgh.

I am hopeful that the film industry will really open up again in 2022.

Things are slowly coming back to life and there is a lot of stuff filming currently so hopefully more of that! My next project is still under wraps  and I can’t talk about it yet but it arrives in Feb 2020. I am very excited about it. 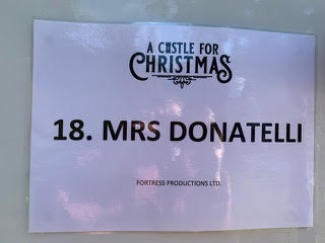 I don’t think so… Oh- maybe this. I’m asked all the time if there will be a Princess Switch 4 and the answer is- there are no plans at this stage for another film but who knows?

Thank you very much for your interview  Suanne and I wish you all the best. 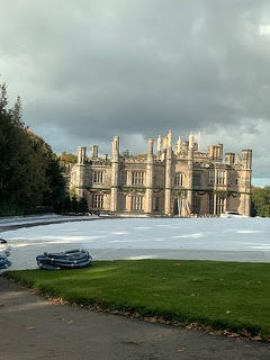 Click on the link below to see this movie on Netflix 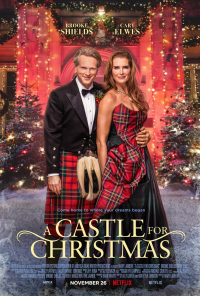