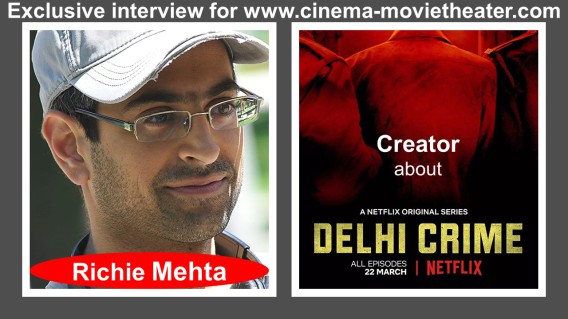 Hi Richie, I'm glad to do this interview

My name is Richie Mehta. I was born in Toronto to Indian parents, and spent the last 20 years (pre-pandemic) between India and Canada, and now London, where I reside.

I’ve made 3 fiction feature films (2 in India) and 1 documentary (in India) and my last project was a series called DELHI CRIME (also made in India).

When and why did you decide to do this TV series?

I didn’t choose it, it landed on my lap when a family friend in the Delhi Police, now retired, put me onto it.

He had seen my previous work, thought I would be appropriate in telling this particular story from the police point of view, and connected me with the officers involved.

When I met them, and got to know them, all the way from Deputy Commissioners to Sub Inspector to Constables, I realized that they had a perspective on this tragic and life-changing incident that we all desperately needed to hear, and it needed to be given a voice. So I proceeded on that belief.

Was it difficult to shoot?

Extremely difficult. To ensure that it never crossed into exploitation, to make sure that the appropriate people involved were treated with compassion, and to ensure that the entire thing had a point!

That it wasn’t just to illustrate evil for the sake of drama, but to use this incident to bring other massive issues to light, and to hopefully enlighten.

And the logistics of pulling it off in the time and budget we had in Delhi, it took me a long, long time to recover.

How long did it take to write the script about Delhi Crime ?

4 years from start to finish, including research, writing, revising, more researching, and so on…

Could you tell us how you choose the actors / actresses for this TV-Series?

My casting director, Mukesh Chhabra, had an instinct for the cast, and within an hour had come up with all of the names for my 12 leads!

it makes my life easier!

How was the shooting with the actors / actresses ?

They were all so well suited for their roles…I just watched the drama unfold, and ensured - with Johan (the DP’s) collaboration - that the camera followed them. But they knew how to approach the material, I just stood by and guided.

When you choose the right actors, they will lead you. If they are the wrong actors, you’re in trouble.

How long did the filming for TV Series and where is shooting ?

It took about 4 months, and all of it was in Delhi, as the title suggests.

Because films changed my life as a child - made me want to be a better person, made me see and understand the world in a more wholistic way.

And I wanted to see if I could experience life in a more mature way, and then impart some of my experiences to others via film, in the hopes that I could do what was done to me.

The International Emmy award for best drama series was a lovely moment, because it was the first for an Indian project.

A project about climate change!

I will add much more when I have completed the next one :).

Thank you, and ditto!

More information about Richie on Twitter and on IMDb

My review  about Delhi Crime:

These actors and actresses are great. Their acting is just awesome
This series details the struggles and challenges police officers face mentally and physically.
Because as often, the police lack manpower, money and politicians also get involved in the search for scapegoatsrk.
The creator Richie Metha wrote a great series
To see

To see on Netflix, click on the poster below 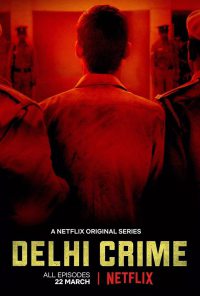