Doctor Strange in the Multiverse of Madness (USA) 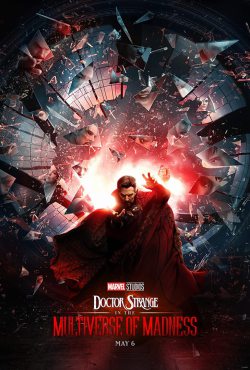 Storyline :
After the events of Avengers: Endgame, Dr. Stephen Strange continues his research on the Time Stone. But an old friend turned enemy seeks to destroy every sorcerer on Earth, messing with Strange's plan, causing him to unleash an unspeakable evil. Strange will face an on coming storm, where he will be faced with old enemy's and new foes, we will see strange mixed with hero's from different worlds, will strange be able to stop Wanda, and he's evil variant, or will the world crumble around him.

With my review
Doctor Strange in the Multiverse of Madness, the film is very successful.
Director Sam Raimi delivers visually fantastic digital effects, I've seen it in 3D and an inspired script
The whole cast is excellent