Exclusive interview with Damien Garvey an Australien Actor and Composer 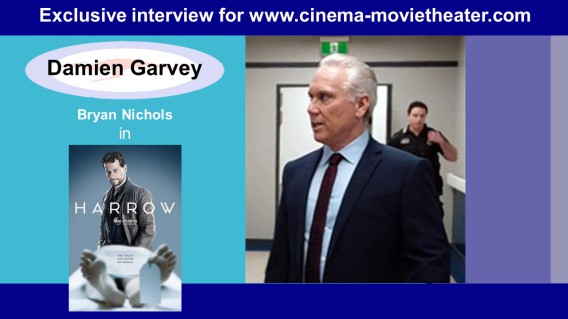 Hi Damien, I'm glad to do this interview. And I hope this finds you and yours safe and healthy.

What could you tell us about your character Bryan Nichols in Harrow ?
Bryan Nichols is a Detective Senior Sergeant in the Queensland Police force. He has over 30 years experience as an officer and has been one since he came out of the Police Academy.

He has a distinguished record and is well liked by his peers and colleagues.

He takes his job very seriously. Much to the detriment of his personal life over the years.

He has been married and divorced twice.

How is the filming with Ioan Gruffudd, Ella Newton, Anna Lise Phillips ..........and creators Stephen M. Irwin, Leigh McGrath ?
Filming on Harrow is always a lot of fun. We’re quite fortunate to have a bunch of people who are professional and committed and also genuinely like each other. There’s a bit of a family atmosphere on set, so it’s always fun to go to work.

I oan and all the cast are great to work with. We all seem to enjoy working on Harrow very much. 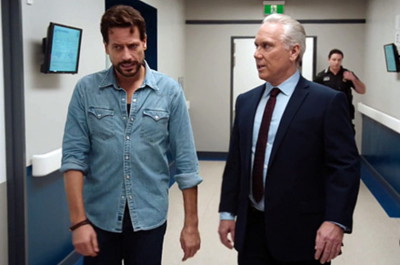 Did you perform with your co-stars before ?
I had worked with Anna Lise on a TV Series called Killing Time, and had also worked with Darren Gilshenan on Rake.

How long did the shooting for one season about Harrow ?
Shooting took about 6 months all up. Quite a long shoot for an Australian production.

You won in 2010 AFI Award of the Australian Film Institute, in category Best Guest or Supporting Actor in a Television Drama for Underbelly (2008).
Could you tell us more in your role and storyline about Underbelly and what memories do you keep of this award ?
I played the role of Detective Graham Fowler (Chook) who was in charge of the King’s Cross Police station through the 80‘s and 90’s.

There was an enormous amount of corruption going on at the time and Chook
was heavily involved in it. Eventually the corruption was unearthed and a Royal Commission was set up to investigate.

It shook NSW Police to it’s core and revealed many years of systemic corruption. Although the role and subject matter was quite heavy, “Chook” was an enjoyable character to play, as I’m a bit of a history buff.

Thank you very much for your interview Damien . I wish you the best

More information about Damien, on IMDb 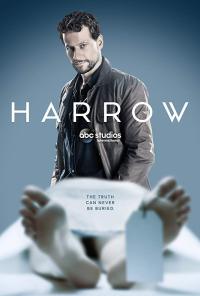