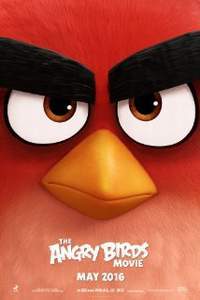 A feature-length movie based on the popular downloadable game in which birds try to attack pigs who stole their eggs.

My opinion :
Adapted from a video game to the worldwide success, it reveals a true comedy of animation with, characters very funny, often hilarious situations and humor. An excellent family entertainment as these "Angry birds".