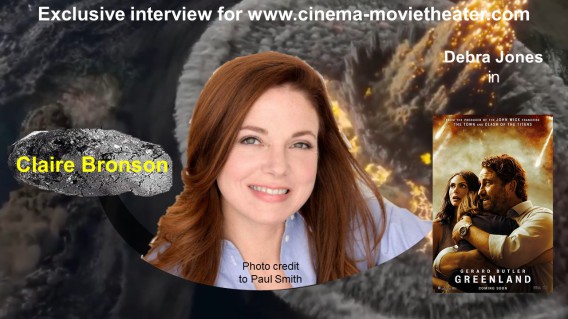 Hi Claire, I'm very happy to do this interview and I hope this finds you and yours safe and healthy.

Could you tell us about your character Debra Jones in Greenland?
Debra is a mother and a wife who fiercely fights for her family when she learns early on that certain disaster is imminent.

I saw the trailer and think this looks like an action-packed
and nail-biting movie.
What did you like when you read the script?
The fast-paced nature of the script jumps off the page when you read it and is clearly evident in the trailer.
But what really grabbed me was the layered relationships in this film.

They are complex, messy and real…and that made me connect to this story all the more. 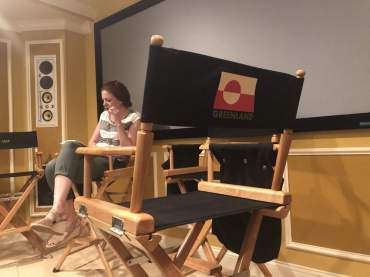 Gerry is joyful, grounded, selfdeprecating and welcoming as a number one.
Morena was lovely and a very giving actor to work opposite.

Which always thrills me, getting to work with people who understand that this is a “team sport,” if you will.

The more we give to one another the better the final product is. And Ric was a perfect captain for this ship.

He is what we call “an actor’s director.”

He is personable and speaks in terms that are relatable to actors when he directs. He is supportive and funny and creates a warm and relaxed vibe on set. I truly couldn’t say enough good things about my time shooting Greenland.

Did you perform with your co-stars before?
Well, I did have the pleasure of working with my husband, Scott Poythress, this time. We’ve shared the screen on independent projects and commercials…
but this is the first major studio film.

And the best part about it was that we auditioned separately, Ric had no
idea that we even knew each other, and he cast us to play husband and wife. Which by the way, absolutely thrilled him when we told him on set.

He went around introducing us to everyone and telling them that he
cast an actual husband and wife to play a married couple.

It was quite funny actually. 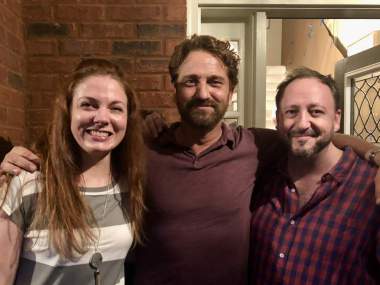 You were an actress in Just Mercy too, a movie released before George Floyd's death.  This movie is thought-provoking.

What memories do you have of shooting this movie?
Bryan Stevenson’s life and his teachings are inspiring,and I was all too happy to play any role in the telling of it.

In my humble opinion, the best way to battle systemic racism and to make things better is for white people to acknowledge that it’s not enough to just
not be racist, we need to educate ourselves and actively be anti-racists wherever possible in our communities.

The power rests with us. And a movie like Just Mercy helps to do just that. Educate. And I can’t think of a better use of artistic expression.

I know it is difficult to predict for movies, TV series.......for the moment with the Covid-19, but what is your next challenge?
Currently, I just wrapped shooting on a short film which I also helped produced. It’s called Charles Vanderchap.

The current climate here in the states with Covid-19 means that independent projects are coming back more quickly because they’re used to
smaller crews and thinking outside the box.

I traditionally do more television, but now I’m getting the opportunity to read for juicy roles in indie features or spend more time behind the camera and that does excite me. So, silver lining I guess?
In addition to that, myself, my husband and our two business partners own an acting studio here in the states called Drama Inc. (dramainc.net) and we’ve
switched our classes over to online for the time being to keep everyone safe.

So my days are filled with teaching and coaching, which has always been an
inspiration to me, but now it’s especially poignant. 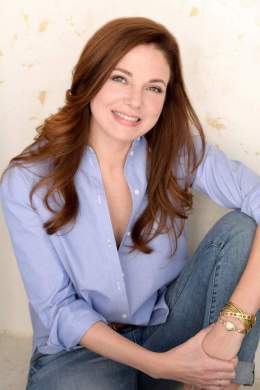 Do you wish to add something ?
I would like to thank you, Jean-Paul, along with your readers for supporting Greenland, and storytellers worldwide.

The last 6 months have been difficult for everyone, but it has highlighted for me just how much story is needed.

It brings us together and reminds us we aren’t alone.

So enjoy the film…stay safe, sane, and smiling…and until next time.

Thank you very much for your interview Claire, I wish you all the best 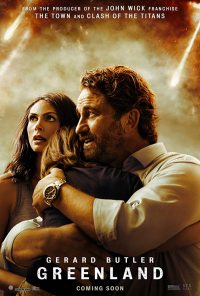