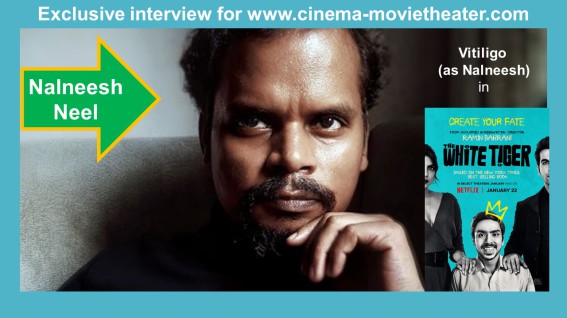 Hi Nalneesh, I'm glad to do this interview and I hope this finds you and yours safe and healthy.

.I'm essaying the character who is the head of all drivers in that apartment.

He trains the main protagonist Balram and influences him for dominating others and to become cunning and opportunist.

I'm  manipulating the main protagonist played by Adarsh Gaurav to use his wit and escape from poverty.

He is a very interesting character who is suffering from Vitligo. I got call from the casting company for the role.

I was interested and went for audition.There were 3 rounds of audition, where 2 and 3 round was taken by director Ramin Bahrani.

What did you like when you read the script ?
My character is little bit dark and has his own unique attitude and style.

It has that rusticness and rawness. That's what I liked about it.

How was the filming with Priyanka Chopra, Rajkummar Rao, Mahesh Manjrekar .......and the director Ramin Bahrani ?
3I have been a great fan of Ramin Bahrani Sir. I believe he has made some truly world class films such as 99 Homes and Chop Shop.

He always made me feel comfortable during the shoot.

His presence on the sets urged me deliver the best each and every time.

He was very particular about every bit things.

Since my character has vitiligo disease he had particularly sent me to London for the make up and look test.

So the make up was done in that way and initially they took 3 to 4 hours for the same during the look test.

Did you perform with your co-stars before ?
I have my scenes with Adarsh Gaurav and haven't worked with him before.

5It was a very great experience for me to mark my debut in Hollywood.

I'm thankful to director as he chose me to play the character that I'm essaying.

I have always been fond of his films.

I love you in this film.

You enhance the character and the film.' He really inspired me and motivated me in journey of my life. It was awesome working with Hollywood crew and

I was very grateful to work with them.

This is my first international project and through this project, I got to learn the difference between working in Hollywood and Bollywood.

The best part was all the actors were treated equally and got so much respect and it enhanced my learning. It was total of 30 days shoot

I saw this movie. Could you tell us how was the filming with Shah Rukh Khan ?
It was great experience overall. I really enjoyed working with Shahrukh sir and it was the moment that I cherish the most.

I know it is difficult to predict what the future holds for movies, TV series, etc. for the moment with Covid-19, but what is your next challenge / project?
When the pandemic started, it was a very difficult situation but things got better from time to time.
There are few films and web series in upcoming which I can't reveal now much.

Hoping that everyone comes out of the pandemic in a best possible way and may this year be filled with hope and victory. 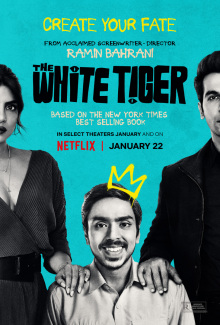