Exclusive interview with Liz Kingsman an English Actress and Writer 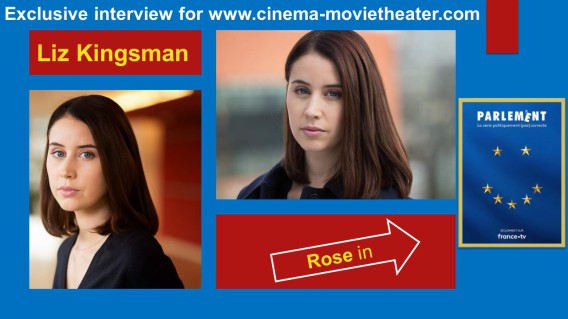 Hi Liz, I'm very happy to do this interview. And I hope this finds you and yours safe and healthy.

What could you tell us about your character Rose in TV Series Parlement (2020– ) ?

Rose is an ambitious British MEP assistant working in the European Parliament, who happens to now be working for pro-Brexit Member of Parliament.
She doesn’t suffer fools, but she becomes increasingly disillusioned with her job as she realises she might have a moral compass after all. 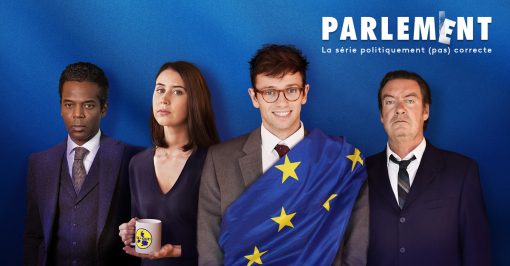 The scripts are so clever and so silly at the same time.

There’s a line in the first scene about the Parliament building looking like a piece of cheese from above, and Samy remarks that he’s actually approaching from the ground, and it really made me laugh. It’s rare you read a script that makes you laugh on page one.

Then with my character, the first scene I read was Samy knocking on Rose’s office door and asking her to lunch, and I loved how little she cares about being nice to him. It’s really fun to play a character that isn’t held back by social niceties.

How is the filming with Christiane Paul, Carole Weyers,Xavier Lacaille ..........and directors Jérémie Sein, Émilie Noblet ?

I thought it was going to be challenging because I (embarrassingly) don’t speak French. But luckily everyone in France and Belgium speaks perfect English, and I’m very good at charades.

There are so many different nationalities in the cast, it was mainly challenging choosing what restaurant to go to as a group.
There were a lot of opinions on food. 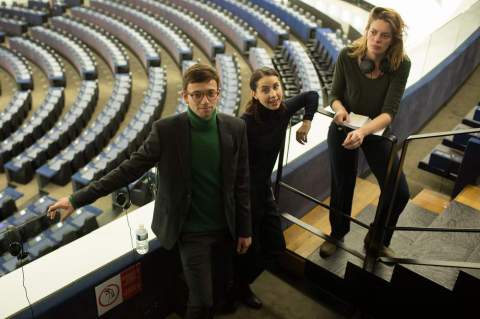 No, never ! I have a lot more French friends than I did a year ago.

The only person I had met before we started was the British writer on the show, Daran Johnson.

We knew each other from the UK comedy circuit, but I didn’t know he had written the show when I was auditioning.

Then when I found out it seemed obvious – there’s a lot of references to the stage show Cats.

It is! We shot in the real Parliament buildings – in Brussels and a stint in Strasbourg, the most Christmassy place of all.

They are both such immensely big and confusing buildings.

re-orientate myself, I found out that my prop ID badge for Rose worked on the real security guards.

Maybe it’s a security risk me saying that.

Overall we shot for about two months, but there was a lot of prep beforehand.

I went to Paris to audition with Xavier in the heat of summer, and we had rehearsals in Brussels in the Autumn, and then we shot the final scene in Strasbourg on a foggy winter’s night right before Christmas.

Even though it was such a long process it was only about halfway through shooting that I finally watched a youtube video explaining how the EU Parliament worked.

It’s something I’ve always secretly wanted to do but I didn’t admit that to anyone until my mid-twenties, and I still have trouble describing myself as an actor, because it sounds nuts when you say it aloud.

I write as well, and I started out working as a runner on some films shot in London, until finally one day I couldn’t contain my envy of the actors any longer and I quit to pursue it. It’s very fun. Sometimes you get to wear wigs. 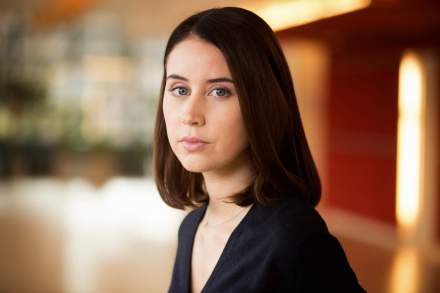 Your Name is Kingsman and in 2017 there was the movie Kingsman:
The Golden Circle.
Are you in secrets services ?
I know you will tell me if I answer you I will have to kill you. LOL :o)

I have written a solo show, which I was set to perform at the Edinburgh Festival this year, before it got cancelled.
So when the theatres reopen I will be touting my goods around town looking for a new venue to open the show at. I’ve never written or performed anything by myself before so it’s one of the most nerve-wracking things I’ve ever done.
But I haven’t been skydiving, or shark diving, or any diving of any kind really.
So maybe that’s my next challenge.

Thank you very much for your interview Liz. I wish you the best.