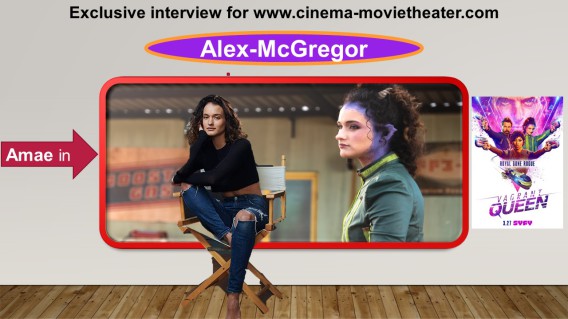 Hi Alex, I'm very happy to do this interview. And I hope this finds you and yours safe and healthy.

What can you tell us about your character, Amae, in Vagrant Queen?

She’s a go-getting, passionate mechanic (there’s nothing she can’t fix!) and pilot, that’s totally OCD when it comes to keeping things neat and tidy.
She radiates joy and warmth, and almost everyone feels comfortable opening up to her.
She loves the ladies (and they love her right back!) and she believes everyone needs someone to have their back. As the trio comes together, most would say Amae is the glue that holds the team together.
She also has an immediate connection with Elida. 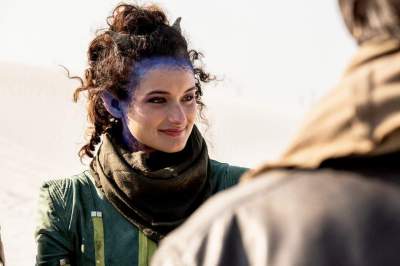 What was your experience filming with Elida (Adriyan Rae), Isaac (Tim Rozon), and the creator Jem Garrard ?

We had a lot of fun and  it shows!

Arriving on set and being able to interact with aliens and work with practical effects was incredible. I had so many pinch me moments while filming. 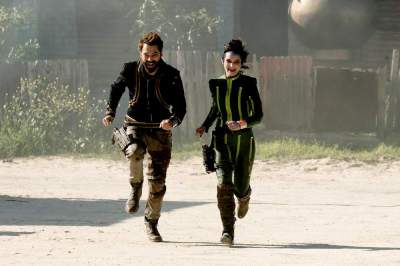 Had you performed with any of your co-stars before ?

Nope. This was the first time meeting and working with them!

I’m a Cape Town girl, born and bred! It’s always a joy filming so close to home and with crews I’ve had the pleasure of working with many times.
South Africa is beautiful and our diverse landscapes mimic many different locations worldwide so it's a popular hotspot for the industry. 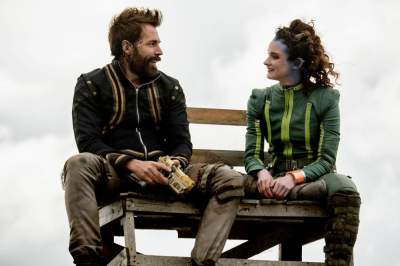 Vagrant Queen is based on the Vault Comics series by Eisner and GLAAD Award-Winning writer Magdalene. Did you read the Comics before you started your role in this series ?

I read the first Comic !
Amae isn’t actually in the comics.
She’s a Jem Garrard (our showrunner, main scriptwriter and director) original.

It took just over two hours every morning to become Amae.
The prosthetic ears alone took 30mins to apply and paint.
And 30-45 minutes to clean up after wrap each day. 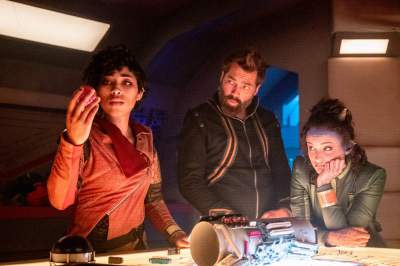 How long was the shoot for Vagrant Queen ? 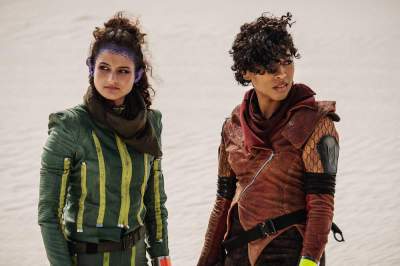 "Alex McGregor, a South African-born actress, has always had an undying hunger to perform.
At the age of six, the head of Storm Models scouted Alex, and she became the first child model at the agency and the face of their children’s division. Alex’s career instantly took off when she booked her first commercial following her first casting. Subsequently, she became a very popular
child model and when she was eight she signed with top acting agency Artistes Personal Management (APM)"

I knew I wanted to be an actress when I was three years old.
I joined my older sister, Lauren, on stage during a rehearsal for her high school’s adaptation of Grease:
The Musical and I knew that I wanted to do that forever. Performing has always come very naturally to me.
I love it. 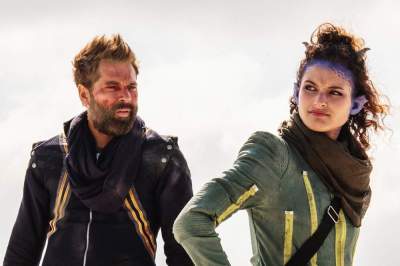 Taking each day as it comes during Covid-19.

Thank you very much for your interview Alex. I wish you the best