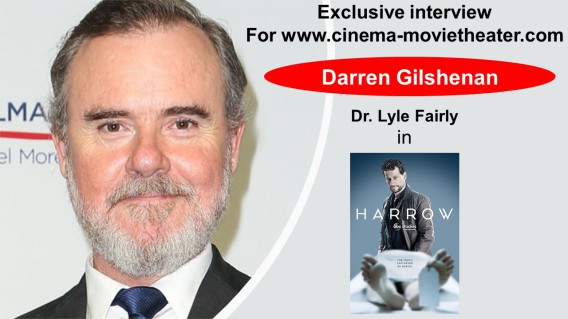 Hi Darren, I'm very happy to do this interview.

What could you tell us about your character Dr. Lyle Fairly in Harrow ?
Lyle Fairley is a fastidious and complex creature.

Now that we are in our third series we have got to see the many sides of this
competitive, neurotic and slightly annoying man. Kendo black belt, Japanese tea making expert, opera lover, Bush man, keen botanist, History geek and as he would like to think; Lethario. The butt of Harrows jokes, he’s always right

and particularly funny.
Although no one else seems to think so.

How is the filming with Ioan Gruffudd, Ella Newton, Anna Lise Phillips ..........and creators Stephen M. Irwin, Leigh McGrath ?
We have a very ensemble approach to our show. Ioan, being a theatre trained actor set up an approach we do for each scene.

It runs like a theatre experience. We come together and rehearse a scene

then the crew is called in for a “show and tell” and when we show they applaud.

Of course Ioan always steps in front and takes the applause for everyone.

Its a fun and engaging approach that brings the whole team into the story.

we have found that spending a bit more time upfront with rehearsals saves time in camera set ups because we have clarified whats going on in a scene.
We all have the utmost respect for the show. We love the scripts,

the characters and the whole murder mystery genre.

Did you perform with your co-stars before ?
No I hadn’t worked with any of my co cast before. Except Damien who pays Nichols the cop. He played a serial killer in a telemovie in which I played a Headmaster stalker.

How long did the shooting for one season about Harrow ?
There are 10 EPs per series. We shoot for five months. We film one EP over two weeks. There are five blocks in the series and we have five Directors each doing two EPs. so all up with some wardrobe, camera testing and rehearsals its a six month gig.

Can you tell us more on your role and the storiline of your next movie "Never Too Late" Release the avr. 23rd, 2020 in Australia ?
That role is just a cameo Irish cop, a quick in and out. What I’m most excited to see next is STATELESS.

Co produced by Cate Blanchett its a six part series set in a detention centre.

I play the head of security. this show will be on Netflix word wide.

After catastrophic fires, for humans, animals as Koalas.......... and flora.
I wish all the best to the Australia.
How is Australia today?
Thanks for asking. Its been lovely to see the compassion offered from all over the world. You know, Australia is a massive land mass and we are used to all kinds of natural disasters.

The recent fires over the new year were particularly bad but then the flooding came.
Most of the affected areas are sprouting with new growth now and people are rebuilding. There has been a lot of crowd funding events and everyone has

dug deep to help out.

What is your next challenge ?
Next is a play. Pinter. The Caretaker. I try to do one play a year it keeps me match fit. I love the live audience buzz and you get to
finesse your work over a run. TV is quick and intuitive. Theatre is deep and exploratory.

Do you wish to add something ?
I think that just about covers it. Thanks for your interest. over and out.

Thank you very much for your interview Darren . I wish you the best

More information about Darren, on IMDb 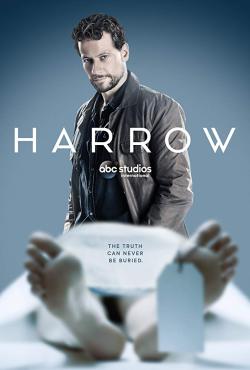