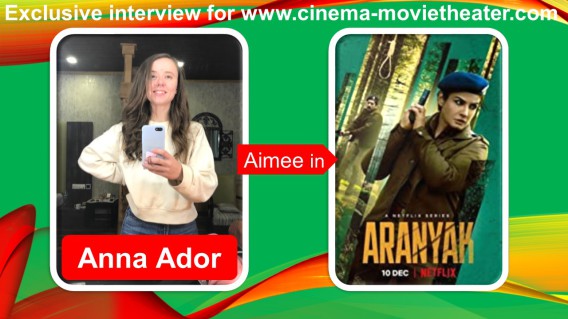 Hi Anna, I'm glad to do this interview

Hey everyone, my name is Anastasiya and my screen and stage name is Anna Ador. I was born in Belarus and moved to India at the age of 16 in 2011.
I'm Gemini. I haven't seen GOT. If I'm not acting / studying, you can find me in a movie theatre or reading a book in some random coffee shop.

What could you tell us about your character Aimee in Aranyak on Netflix?

I feel Aimee is fearless.

She is someone who grew up without her father and that's something I could also relate to since my parents separated when I was not even 2 years old. And I think Aimee learned that she needed to grow up early and take care of her little sister.

Having said that, I think she is also independent and fun! But yeah, definitely too grown up for her age.

What did you interest when you read a script and more particularly this scenario?

I loved the story the minute I heard about it on a phone when I got the audition call. And then I was prepping for it and I was like "Okay, this is going to be an emotional roller coaster ride, Anna!".

But not only emotional but the part was also physically challenging, I honestly wasn't prepared for a lot of things in it, and I felt like I don't know the right tools and how to navigate it. But thanks to the professional team I was guided on every step.

Also, when it comes to the thriller genre - I just love it. Anything that involves suspense and investigation will have my attention.

How was the filming with co-stars and with The Director Vinay Waikul ?

I always felt that friendships that one develops on movie sets or in theatre groups are more special.

We don't know how to describe it or what it means exactly, but just special.

You come together from different places, having one story to tell, in the most honest way possible.

You spend time waiting together, getting ready, filming, breaking for lunch, having dinner and tea sessions discussing the shooting process, or just talking about anything else but shooting.

There is always a sense of home. And I love it. And it is only created by people: actors, direction team, production, and everyone involved. I personally get too estranged, especially when I need to do physically/emotionally challenging scenes.

I just get into my own shell. But after that I NEED people. Desperately. I need to "get back" to reality. And my actors were so supportive and understanding. I also love humor.

That saved us on night shifts (and I hate night shifts). Haha.
And being directed by Vinay was so smooth! I love directors who don't "philosophies" but tell you exactly what they want. And how.

I love clarity. Because the minute you know what you need to do, you can improvise within those limits.

It really works for me. And after every difficult shot Vinay would come to me and say: "Anna, you are such a dedicated actor!".

And that's when I knew we needed another shot! Loved working with him! 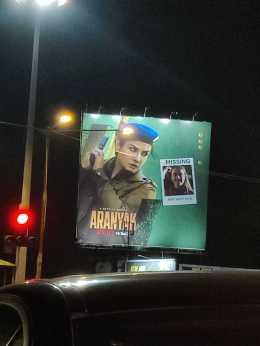 How long did the filming for this show?

I'm not sure how long the entire filming schedule was for, but I believe around 50-60 days?

Out of which I was shooting for about 15 plus we had to quarantine twice since we were shooting in two different places.

How did you prepare for your role ?
Every role has an individual preparation. So it was a mix of many things for this one. I always write the thought process of my character and her relationships with others. I create a separate music playlist.

I find their walk and gestures, and little things like what would they do if they were nervous? How would she make her hair?

Find accessories to wear and books she would read. And the rest is a mystery. It happens.
When it comes to physically challenging scenes then I do a special set of exercises that are hard to out into words. 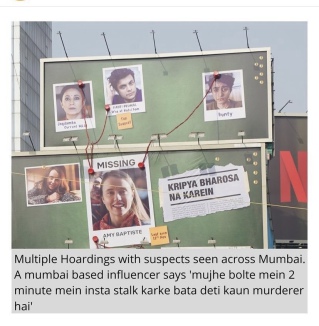 When and why did you choose to be an actress ?
Since the age of 9, I have played as extra in Belarusian film productions, not dreaming of a career as an actress. But I loved watching plays.

My grandmother worked as a cleaner in the theater for young spectators in Minsk, and I used to come to help her.

She told me to collect the candy wrappers that the children threw away during the intermission. If I collected more than 10 wrappers, she took me into the hall to watch a play! I think it was a great deal.

For me, theater was time travel. It was incredible. At that time, I already performed a lot on stage with the Indian dance ensemble and also in the theater at the school. But I always thought that nothing can compare to the real stage!

At 11, I was invited to become a part of the Aquarius studio, where there were many different talented children, and we went to talent contests around the world.

So I started winning titles for the country. In 2009 I took the title for the best acting in Latvia, as well as Mini miss Universe 2009 in Egypt.

After that, I took up professional theater and we went to perform in Russia and Ukraine. I missed a lot of school, but even for school I won every possible talent competition in Belarus, so my teachers were pleased.

"...........India too, had a special place in her heart, ever since she started learning Indian classical dance at the Indian Embassy in Minsk. When she was sixteen, among deteriorating economic conditions at home, Anna made the decision to move to India to study cinema and be a film-maker. She did her diploma at a film school in Delhi. A few years later, she traveled to Mumbai, the bastion of Indian cinema. ............."
What do you like in Indian cinema?

I started watching Indian films because my grandmother liked them a lot.

I would watch it with her and then dress up like Indian actresses in movies, just instead of sari, I would wrap a bedsheet around myself.

I used to love Indian films because of the family value and love they would portray. It felt so real and something that I was missing in my own family

I guess. And of course romance. Indians are extremely romantic.

When I grew up, my taste in cinema changed a lot. But I still love Indian films, just not Bollywood ones, but more of indie and festival ones. 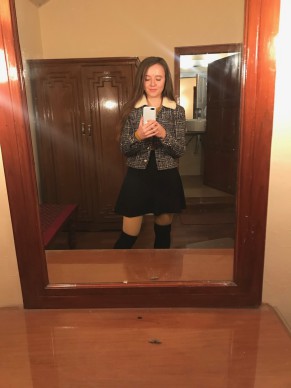 Honestly, I thought we not gonna come back to filming for the next few years at least. But then for Aranyak for example, we started shooting last year right after the first lockdown was lifted.

Things are definitely different at the moment but

I guess we need to adjust. We have to. It doesn't stop people from creating though. I filmed for a feature film and a web series this year.

As long as everyone is responsible and take care of each other, we are good. I feel covid also showed us that we are not prepared for anything.

Anything can happen at any time and we shouldn't be upset about little things or life in general. All our problems are not big enough compared to what had happened.

Do what makes you happy! Do it well! And don't be afraid to be unapologetically yourself! Also, tea. Solves almost every problem. 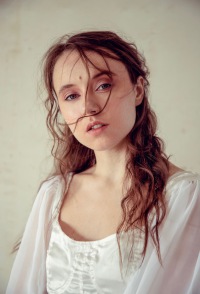 Thank you very much for your interview Anna and I wish you all the best.

Click on the poster below to see the serie on Netflix 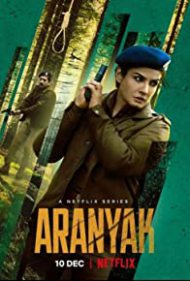