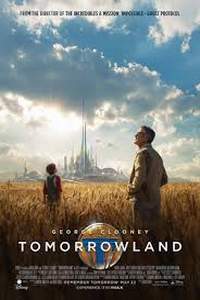 Bound by a shared destiny, a bright, optimistic teen bursting with scientific curiosity and a former boy-genius inventor jaded by disillusionment embark on a danger-filled mission to unearth the secrets of an enigmatic place somewhere in time and space that exists in their collective memory as "Tomorrowland." Written by Walt Disney Studios Motion Pictures

To see other videos of this movie

My opinion and my rating

This film is invigorating, optimistic, funny and moving with very beautiful special effects, such as the stage of the Eiffel Tower,
This is an original science fiction.

Actors really remarkables of a movie to see