and UK 26 October 2015
With my opinion and my mark, also give your opiion and your mark 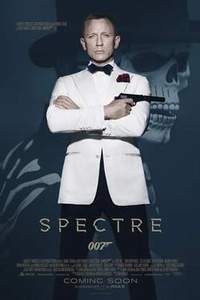 A cryptic message from Bond's past sends him on a trail to uncover a sinister organization. While M battles political forces to keep the secret service alive, Bond peels back the layers of deceit to reveal the terrible truth behind SPECTRE.

Daniel Craig is valiantly fighting, it is a very good entertainment and a great show, but with a scenario that scares "Will he drift of safe access to and who will listen? ". By against I think this film is a little long.

What do you think?