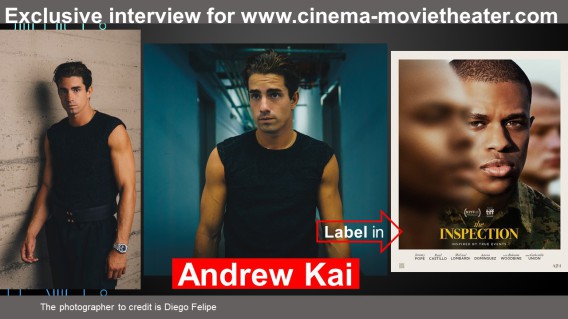 Hi Andrew , I'm very glad to do this interview with you.

There are so many things to love about this story line. It is a story that hasn’t been told before in cinema. It is a true story by our amazing writer / director Elegance Brattons life.

I love that this movie inspires bravery and inspires love.

I also love that this film doesn’t have a  conventional ending, but I won’t spoil it for you.

Ryan Label, my character is the voice of morality in this film. He is an extremely tormented individual. However, despite what he is going through internally, he speaks up for what is right regardless of the consequences.

I think it is easy to join into mob mentality in life regardless if what is happening around us is wrong. It’s easy to go with the crowd. Ryan Label doesn’t do that, and for that reason I was extremely attracted to playing him.

How was filming with Jeremy Pope, Gabrielle Union, Bokeem Woodbine and the director Elegance Bratton?

It was such a gift to film with them. It truly felt like taking a masterclass in acting for two and a half months. Jeremy Pope is such an inspiration to me.

He has this ability to carry himself on set with such kindness and attentiveness towards everyone and yet can still stay so focused and in his character.

He impressed me beyond words and I’m lucky to call him a friend and will always be a fan of his.

Gabrielle Union is an absolute superstar in life and to watch this insanely generous and loving human being delve into this darker character was pretty incredible to watch.

Bokeem is one of the coolest guys I have ever met. We have a scene together in the film that is so bizarre in all the right ways. After that scene we had a special bond. Hopefully I’ll have a chance to work with him again. Bokeem has some of the most amazing stories ever.

We had a lot of great times sitting in the hotel lobby late at night listening to him share amazing moments with us.

When you meet elegance for the first time, you feel an instantaneous warmth and safety.

To be a part of telling his story is such an honor. He is one of the nicest human beings I have ever met and I have no doubt we will work together again in the future. 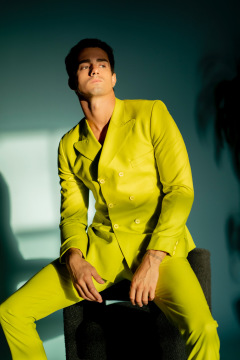 Where did you film?

We filmed at a police academy in Mississippi. We stayed in an awesome town called Fondren and made friends with everyone in town very quickly. Great food and nicer people.

When and why did you choose to be an actor?

I moved to LA to pursue acting a year after I graduated from college for real estate development. I worked corporate for almost a year and felt extremely unfulfilled.

I was scared my life was going to be boiled down to a lot of shallow conversations, collared shirts, and false smiles. I didn’t like that idea.

I wanted to travel and experience a million different things.

I wanted to study Buddhism for a year and be a ship captain for a year or maybe live on a ranch in Wyoming.

The lives I could live seemed endless and yet I had to choose only one. I saw acting as a way to experience the most from life.

To live in a life that wasn’t mine but step into those shoes like it was. Im very lucky. I got to experience  a taste of what its like to be in boot camp as a marine. I got to wear the uniform, explore the feelings of being away from home, of being yelled at by a sergeant, have the sweat drip down from my helmet into my eyes while I’m holding a rifle over my head, learn the marches and the diddy’s. It’s an incredible incredible career.

I plan to do it for the rest of my life.

There are certain movies that have completely changed my life and the way I view the world. Movies have also just mad meme smile when I otherwise wouldn’t be. It’s an honor to be part of making them. And I dedicate my entire life to this craft. 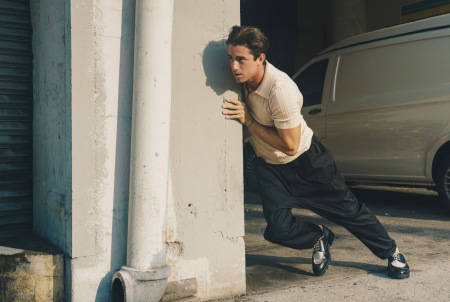 What do you like when you do stunts in the movies and how do you prepare for this?

I love doing stunts. I grew up playing very physical sports including martial arts so I’m not afraid to get a little bruised up.

I’d even go to say I like it a little bit. My favorite kind of stunts are fighting stunts or anything horse related.

I am a great rider and love when I get to use that skill for film making. The way  to prepare for stunts is to go over everything that could possibly go wrong. Once i’ve done that then I go over it again.

Rehearsal is also such a huge part in sustaining a safe environment when doing a stunt. It’s so important to make sure everyone is on the same page including the crew.

There are a few projects in the works but one is a movie called  CakeTown that I am the lead of and producing. Another very tormented character I’m excited to dive into.

It is a gritty love story at its heart and in the past year I have been so absolutely head over heals for someone so I am excited to tap into these raw feelings I have. 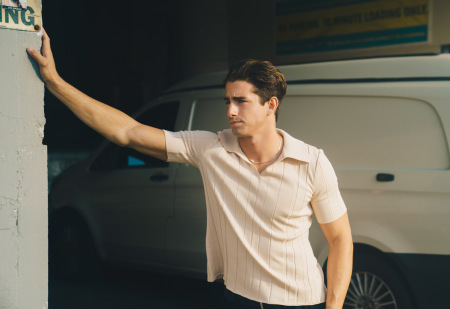 Thank you so much for your support and hope you enjoy the film!

Thank you very much for your interview Andrew and I wish you the best for your future endeavors!

More information about Andrew on Social Networks  @andrew__kai and on IMDb