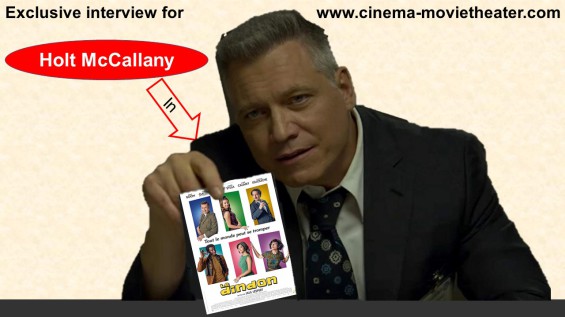 Hi Holt, I'm very glad to do this interview.

When you read the scenario, what did you like about the storyline and your role in Le dindon ?

Ever since I was a student in Paris in the 1980’s at the Ecole Marceau and the Ecole Jacques Lecoq I had wanted to work in France.
What could be better than a classic by Georges Feydeau, one of the great French playwrights of La Belle Époque.

How was the filming with Dany Boon, Alice Pol, Guillaume Gallienne.........and  the director Jalil Lespert ?

I love them all. Dany is such a kind and unpretentious guy, Alice is gorgeous and talented, and Guillaume is one of the most intelligent actors I’ve ever met. I’m very grateful to Jalil Lespert for giving me the opportunity to work with such great actors, and I was astonished by their generosity.
Dany invite us all out to dinner, Guillaume took us to see La Comédie-Française, Jalil took me to see Paris Saint-Germain F.C. and the night we were there Kylian Mbappé scored four goals!

Did you know your co-stars before?

No I met them all for the first time on set.

I read on your biography "........Born into a theater family, Holt's father,
Michael, was a Tony Award winning Broadway producer (Borstal Boy) and his mother was legendary cabaret singer Julie Wilson.
At 14, Holt ran away to Hollywood to become an actor
where he eventually ended up working in a screwdriver factory.
His father tracked him down and sent him off to a boarding school in Ireland -- Newbridge College, County Kildare -- that he himself had attended 40 years earlier.........."
What did your parents bring to you in your acting profession and in your life?

Growing up in a theater family I never really considered becoming anything but an actor. My parents taught me a lot about the business.
I understood by watching them that success can take time, and come with
ups and downs, so you have to work hard and believe in yourself.

And how did you feel when your father sent you at Newbridge College that he himself had attended 40 years earlier?

Boarding school in Ireland in the 1970’s wasn’t a lot of fun for me.
I had been living in LA and had a lot of freedom.
We didn’t have much freedom with the Dominican priests.

You are of Irish descent and what do you think if there is a Brexit with
no-deal and a border between North Ireland and South Ireland?

I don’t believe there will be a no-deal Brexit.

Continuing to grow and improve as an actor, while making my first forays into producing as well.

Just that it was an honor for me to work on this film, and I hope it will be the first of many films in France 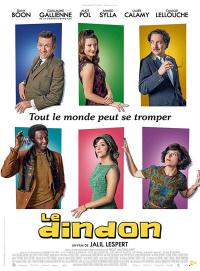