Dora and the Lost City of Gold  (USA, Australia) 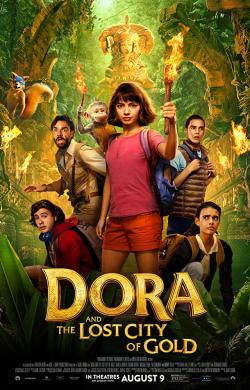 Storyline
Having spent most of her life exploring the jungle with her parents, nothing could prepare Dora for her most dangerous adventure ever: high school. Always the explorer, Dora quickly finds herself leading Boots,
Diego, a mysterious jungle inhabitant, and a ragtag group of teens on a live-action adventure to save her parents and solve the impossible mystery behind a lost Inca civilization. Written by Nick Moreau

Became after Dora is sent to town to his cousin Diego.
But she leaves high school and returns to the jungle to find her parents explorers.
And also discover the mysterious ancient city of Parapata.
Actors and actresses are well in their role, with a mention for
Isabela Moner (Dora).
And without forgetting Madelyn Miranda (Young Dora) an actress in the making 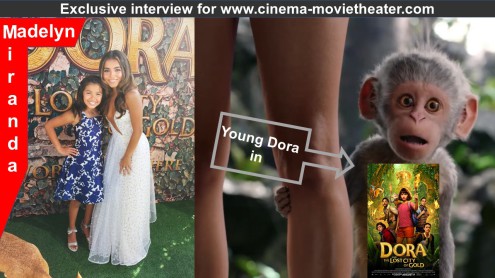