Release in USA the 18 March 2016
With my opinion and my mark, also give your opinion and your mark. 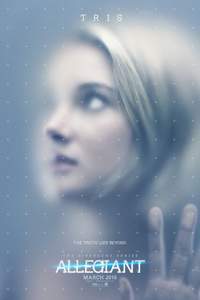 Beatrice Prior and Tobias Eaton venture into the world outside of the fence and are taken into protective custody by a mysterious agency known as the Bureau of Genetic Welfare.

A third opus to the height of two other films in the Saga.My opinion :

This film is a reflection of our society, whether strong or weak, as the policy with their lies, and they are all treachery to get an important position.

There are some good action scenes, but the actors are missing can be thickness .