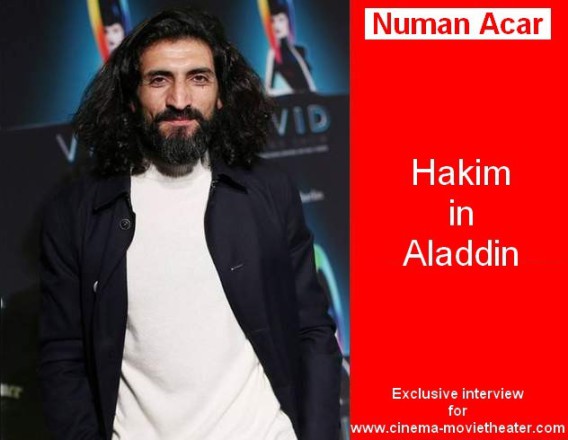 Hi Numan first, I'm very glad to do this interview about you.
It’s my pleasure.

What did you like about the storyline and your role in Aladdin?

I was, of course, aware of the original story. I was also familiar with the storyline from the 1992 animation film. When I was first offered the role of Hakim,
I was not sure if I even remembered him from the original story.
But when I spoke to the creatives and read the script I realized Hakim was important to the plot.
And of course working with Guy Ritchie was enticing.
I was drawn to the impossible love between two different classes.
The princess and the street rat. I respected the fact that the producers,
director and casting director really tried hard to find actors who could really
meet in Agrabah, the place where the story unfolds.
It was a very special experience to be on location and seeing all the costumes, make-up, production design, it was incredibly impressive.
My character Hakim is the general of the army of Agrabah and the right hand of the Sultan but also the Wezir, Jaffar.
The Sultan wants his daughter to get married to the next best prince.
The Vezir smells a way to be Sultan and rule the kingdom.
So poor Hakim is between these figures and tries to find his place. His main questions in life are power and loyality. The eternal problem of human existence.

How was the filming with Naomi Scott, Mena Massoud, Will Smith, Billy Magnussen........ and the director Guy Ritchie?

I was  so lucky to have had a chance to work with such talented and amazing personalities. Like Naomi Scott. Naomi is a lovely person and has an incredible voice. Mena such a big talent and smart man.
Billy Magnussen, is an amazing actor and human being. We had a really great time. On and off screen. He visited me in Berlin, where I live, just a couple of weeks ago and we remain friends.
And of course, Will Smith, a gentlemen, polite and friendly to everybody. He enjoys film making and acting. When I see that, in someone who has had such longevity in this business, I know I made the right decision and
I am in the right place.
Guy Ritchie, I love his films, what a smart filmmaker. That impressed me a lot. He is a timing and dialogues machine. You could make a film about him directing a film, which would be incredibly entertaining,we had so much fun during the shoot. I had a great experience.

I knew Navid Negdavan would be in the film, and play the Sultan’s role. It’s always a pleasure to work with him, such a great actor and human being. We are good friends.
I had met Will Smith before, it was a funny moment ... I met Will at The  Cannes Film festival the year my film 'In the Fade'  was in the competition and he was on the Jury. We ran into each other at an event where he sought me out and said: "You are an amazing actor". I said to him, please repeat that, and asked my friend to record it...
I told him that he is an amazing actor and I would love to work with him. He said, I am getting old man, be quick. So you can imagine his surprise when we saw each other on location in London on Aladdin.

Did you watch Aladdin (Animated movie) of 1992, before to perform
in this movie?

I didn’t need to. I watched it already so many times.  I am a big animation film fan. I watched it with my family several times. It is a rare film that the whole family can sit together and enjoy.
I have five  brothers and sisters and my parents, lots of different tastes and generation gaps. Difficult to find the right film.
Now I am very excited to watch this version of Aladdin again after so many years with my family and the new generation too.

I read your biography "......As a Film maker he specialized in telling stories with diversity aspects. He has film production companies in London and Berlin. In 2014 Acar played the role of Haissam Haqqani in season 4 of Homeland, an American-made TV production. In 2017 Acar played the role Abu Ramal in season 5 of Prison Break, an American made TV production.
Numan Acar, who lives in Berlin, speaks several languages fluently including German, Turkish, Spanish and English and has knowledge of Kurdish, Arabic and Pashto.".
When and why did you choose to be an actor ?

Note sure where that biography came from however; I read on IMDb Pro

I am passionate about story telling.

I remember having a moment with my father.  We were in Istanbul, walking around and he was telling me stories about Istanbul in the 60’s, when he was there as a young man, far away from home.
He was working on construction sites with his brothers.
He said, you see this house over there?
Your uncle and I slept on the floor at night and built the walls during the day.  And you see that building, we made that house too. Most of the men in my family were working on construction.
Not knowing differently, I started work as a bricklayer with one of my uncles. I also started to study at the university to become civil engineer. I had two years left to finish my studies, when I was walking around the city, and thought to myself, do I want to recant to my children that I build up this house and that house? And in that moment my aspirations changed.
I did not. Although I wanted to be a good son, I also wanted to reach the core of my desires. I realized I wanted to learn different things like languages, and Chaos Theory classes and risk management and I excelled in everything that had nothing to do with civil engineering, although I did ultimately become a civil engineer on paper for my father.
I found new hobbies, and one day without  any prior knowledge I boldly went into a theater where I overhead voices discussing casting.
I announced to them that I wanted to act and they invited me to rehearsal the following week. I ended up as the character „crooks“ with an Mexican look in their production of; Of Mice and Men.

This is how my journey started and I have been pursuing it for a long time and finally acknowledge myself as an actor after 20 years.

Every time I see a great film, like 'Green book'  that changes my point of view, It gives me hope. The cinema has the power to change people's minds through experiences they may have never been exposed to..
That fascinates me. I want to be part of that. More diversity, more tolerance, more open minds. .
That's why I also started to write scripts and producing. I spent lot of time with reading and researching.
But the next immediate goal is to shave off my beard.

Do you wish to add something?
Thank you for this interview

Thank you very much for your interview Numan and I wish you the best
More information about Numan on IMDb on Twitter, on Facebook and on Instagram 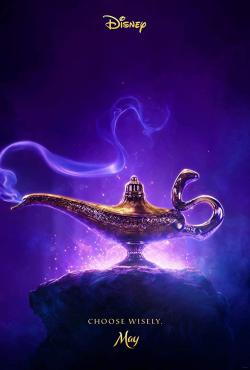