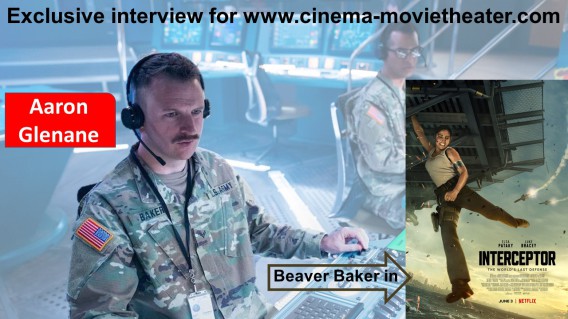 Hi Aaron, I'm glad to do this interview

Hey lovely people. My name is Aaron Glenane. I grew up in regional Victoria, Australia. My dad is a farmer and my mum is an educator for students with special needs. I grew up wanting to play NBA alongside Michael Jordan and then realised at age 13 that wasn't going to happen!

I was a very shy kid so mum put me into speech and drama classes.

When I felt the rush of being on stage in a production of Oliver! for the first time, I was immediately hooked. I moved to Sydney when I was 18 and began to pursue my acting career.

17 years later I feel very fortunate to have worked on some incredible projects. I also have my beautiful wife Rachel and daughters Indiana and Phoenix.

What could you tell us about your character Beaver Baker?

Beaver is a corporal in the US army who works on the SBX-1 Interceptor base. He's a blunt, crass, chauvinistic smart ass. An incredibly focussed military man who feels disenfranchised by America and is on a mission to do something about it.

I saw the movie on Netflix, I like it. What did you like when you read the script?

That's great! First and foremost, it's an action film. In Australia we don't get too many opportunities to make these types of films so that was exciting.

The role presented some challenges which I hadn't delved into before.

I was able to explore a Kentucky accent which is where I felt the character was from.

I spent time with the stunt team and learnt a fight sequence which is in the climax of the film which we shot in one day. And exploring the psychology of the man. His values and beliefs are vastly removed from my own, so understanding why Beaver thinks the way he does was an engaging challenge. 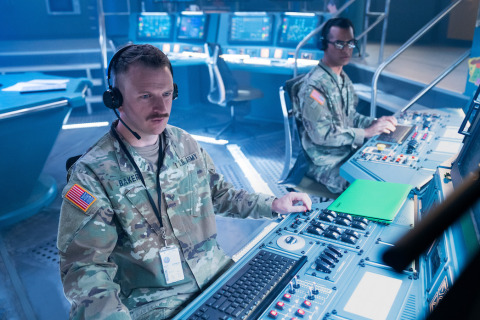 The script touches briefly on Beaver's backstory but there was enough scope for me to build up his whole world prior to the beginning of the film.

So there was a lot of research on once booming American towns and cities which have collapsed due to numerous reasons and researching the effects that had on the people and communities.

Then using my own imagination to build up Beaver's family history. Transforming my look with the hair and makeup team was of huge importance.

I wanted the audience to be able to have a strong sense of who this man is with one look at him.

I worked with a great accent coach, Nick Curnow, in developing his voice and lastly we had an incredibly experienced stunt and weapons team who trained us up to have this world and these fight sequences feel second nature.

How is the shooting with Elsa Pataky, Luke Bracey, Mayen Mehta,.......... and with the director Matthew Reilly?

The experience of shooting this film was possibly the most collaborative, encouraging and explorative experience I've had.

From our first meeting Matthew was incredibly encouraging of us to bring our own ideas about the character and the script to the table.

He was open to all ideas and he would use the ones that best served the film. Matthew knew everyone by name and set the tone of being a kid in a candy store every day and inadvertently reminding us all of how incredible it is that we were making a movie for a living. Elsa was equally remarkable.

She would spend the mornings shooting a 3 minute action sequence and the afternoons shooting 5 page dialogue heavy scenes.

There was no rest for her and she grabbed the challenge by the horns! Elsa was also one of the most collaborative people I've worked with.

Open to all ideas and really keen to figure out the scene together to make it as good as it possibly can be. Luke is incredibly diligent, ridiculously charismatic and a consummate professional. Mayen really embodied Shah's wide eyed soul. His journey is fantastic and he really brought his own heart and soul to Shah.

Where and how long did the shooting for this movie?

We shot in Sydney and from memory the shoot was 35 days.

I've recently completed shooting Apple TV's Shantaram alongside Charlie Hunnam and am about to start a job in the realm of True Detective.