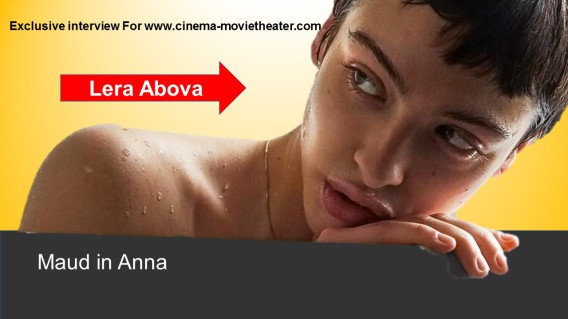 Hi Lera, I'm very glad to do this interview about you.

Dear Jean-Paul sending you greetings from Great Britain.
I am very happy to answer your questions.

What did you like about the storyline and your role in Anna?

What I loved about my role as Maude is that real love and admiration exists. Real love does not ask questions, real love does not blame you for your actions.
Don't make the weapon your target is probably the storyline in a nutshell and also my favourite thing about the movie - aaaand do not mess with strong women:-)

How was the filming with your co-stars and the diretor Luc Besson?

The performance and brilliance of my co-stars left me speechless. This level of acting is definitely something to look up to.
How far Sasha Luss has have come in performing her role as Anna makes me super proud of her. Congrats to her debut in this kick ass leading role! I’m so impressed with the preparations the actors go through to jump into a role, as soon as the camera rolls it’s like they were born as that person. And for Luc,  he is not only my hero, he is my very first acting teacher.
The one who believed in me the first and who gave me the self-confidence to do the best I could from my first acting experience. I was like a sponge, just soaking up every direction he gave me - he assured me 100% in me being able to do it and do it well, so I ended up feeling that I actually did a good job though I was nervous as hell. 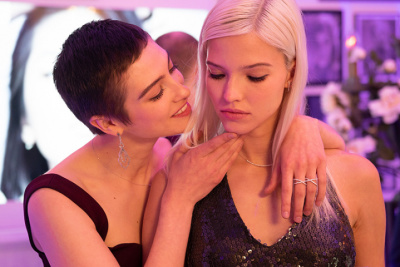 When and why did you choose to be an actress and a model ?

I remember myself crying the hell out of my eyes, must be the end of 2017, talking to my mother agent Peter, who happens to become as close to me as my family, saying that I wanted to go to LA so badly and start acting.
I’ve always had that energy and people around me always said Lera you need to go into acting. Knowing nothing about that world, we booked a ticket and a week later Luc himself discovered me on Instagram (doesn't matter how much we all hate it - i'll be forever thankful to that social media platform haha)
and asked me if i'd like to come over to a casting at Europacorp in Beverly Hills.
As soon as I arrived in the "City of Angels" I did the casting, got the part in the movie, cried on my knees around the corner of Europacorp, because I couldn't believe how lucky I was and that was my kickstart into that world. Months later we started filming.
The first time I saw the "row cut" I ran outside and started crying around the corner of Europacorp (in Paris this time hahaha!!! )
Modeling and acting are two different universe. People do often compare it to each other though.
I knew Peter for many many years and one night I shaved my head and he told me we should try to kick it in the fashion industry. And for a 170cm girl with curves we freaking did it.
And I have loved and hated every second of it. You can get up so high with every great option that gets confirmed and you can try to scratch you self-esteem off a floor when some of your dream jobs gets cancelled.
I had all the support around me though. Always! I will be forever thankful for the time in the fashion industry and I hope that I will always have something to do with it in some way.

You are model too..Does it help you for this movie?

Modeling is a huge part of my life. It gave me a lot of amazing moments, true friends and it is for sure a school of social skills, loneliness and self confidence. I guess it helped me in the fact that I’m used to perform in front of strangers and feel good in front of the camera.
When it comes to acting though you have to throw away all your vanity and NOT think if you look good enough, it’s about letting go and dive into another character that actually speaks :-)
As this was very much about Maude’s feelings for Anna, I would use my feelings from being in love and going into that univers ..
So it is very different from modeling in so many ways.

I will keep working on my acting skills and see what my path in acting will be. Since Luc told me to study hard and take acting classes  I've lived in every city where I could find great teachers for the past 1,5 years.
I was moving from Berlin to New York, from New York to LA and from LA to London to work on my acting skills.
I want to be able to go on auditions for every kind of role and to be able to play every part and not being cast judged on my looks.
Finding an acting agent will be the next step. My accent has changed a lot as I've been working on it non stop.
As I am fluent in russian and german my english dialect was super mixed up - its much better now. I want to become a great actress from my whole heart. Every cell in my body wants it. And believe me even if you are a natural or not, there is always tons of work behind it.

it might sound cheesy but I really wanna thank Luc and Sasha who made me feel as important as the main actors.
I wanna thank my mother agent Peter because he believed in me since the second we've met.
My mom and brother who always said I was born for making an impact. I know it all will happen and I cannot wait to tell stories on the big screen and make people go through all the emotions that a movie brings you.
And of course, thank you dear Jean-Paul for my first film interview ever!

More information about Lera on IMDb and on Instagram 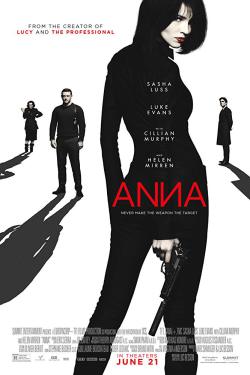