A Wrinkle in Time (USA) 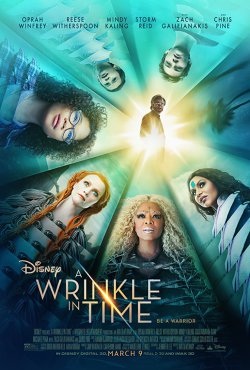 Following the discovery of a new form of space travel as well as Meg's father's disappearance, she, her brother, and her friend must join three magical beings - Mrs. Whatsit, Mrs. Who, and Mrs. Which - to travel across the universe to rescue him from a terrible evil.

My opinion:
I think this film should have better reviews.
Because this film about self-assertion, for shy and smarter children who feel excluded
With stunning special effects, and actors who are very good and especially children.

I saw it in 3D and that brings a plus