Fantastic Beats and Where to Find Them (UK / USA) 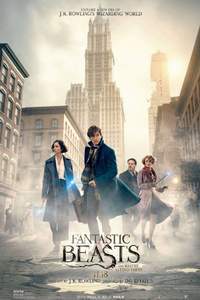 The adventures of writer Newt Scamander in New York's secret community of witches and wizards seventy years before Harry Potter reads his book in school.

To see other videos on this movie

FANTASTIC BEASTS AND WHERE TO FIND THEM - In theaters November 1

There is in this film of action, mystery and humor, and despite its duration (2h10) there is not much time out.
There are imaginary creatures funny or impressive.
Awesome special effects and a very good re-enactment of New York in 1920
J.K. Rowling, concocted herself the scenario, and it is a success
The actors and actresses are formidables, and especially

Eddie Redmayne in the role of Norbert Dragonneau
Film to see.