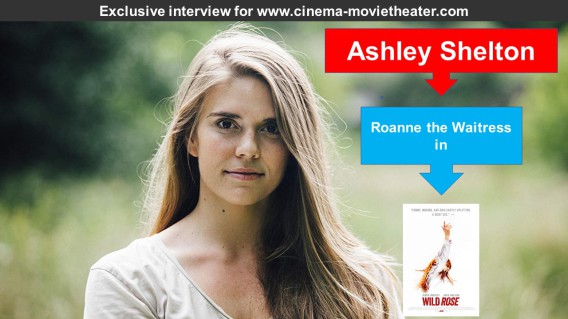 Hi Ashley, first, I'm very happy to do this interview about you.
THANK YOU!!

What did you like about the storyline and your role in Wild Rose?
I liked that it was a take on a classic story that I hadn't seen done before.
There have been many movies made about country music, but this had a heartfelt take on someone from a different country trying to make their way into a very tough business. Something almost impossible to do.
That is what initially drew me to it, because she makes her impossible dream come true. And that is something so many creatives can relate to, especially myself. AND I wanted to work with Jessie Buckley because I love her work!

How was the filming with your co-stars and the diretor Tom Harper?
Amazing! Tom was very nice, welcoming, and thorough- even though I had a smaller role. I would love to work with him again! And Jessie Buckley is so great, I loved her work on TABOO.
So, I was elated to work with her. And her current work on CHERNOBYL is brilliant. She is a brilliant actress, and I respect her work so much. I sincerely  hope we work together again in the future.

Did you know before these movies your co-stars?
No, I didn't. But so happy I got the chance to be directed by Tom and work alongside Jessie!

I read in your biography on your website "Ashley Shelton got her start by starring in the critically-acclaimed Something, Anything
(2015 NYT Critics' Pick,  The Dissolve's "Essential Viewing").
She also was featured on IndieWire's year end critics poll best lead actress list.
She has also appeared in numerous films, on television, and on stage........."
When and why did you choose to be an actress ?
This is what I was born to do. I think it chose me. I was a weird kid, and kind of a loner so I immersed myself with movies at an early age. I always wanted to be an actress and performer.
It is how I connect with people and share my human experience with them.

I read  that you performed  in theatre too.
What do you bring to the theatre that you do not find in the cinema?
I graduated from college with a degree in Theatre, and I am very happy I have that foundation.
When I decided to go to college I wanted to major in film but the University
I went to didn't have a film department so Theatre was the next best thing. Theatre taught me the basis of great storytelling which has been so beneficial
to me throughout my career. I would love to go back to the stage at some point down the line.
You have to approach the two art forms differently but in the end you are still telling a story just through different mediums. So I think I don't really bring different things, I just try to remain as present as possible for each.

What is your next challenge?
I just released my directing and writing debut called MAGNOLIA & CLEMENTINE. So, I am stepping into a new world of being behind the camera while also acting. So, that has been exciting to navigate a different facet of filmmaking.
I have a feature I wrote that we hope to get off the ground in the next year. And I would love the opportunity to explore a solid character in episodic television. And as always just being a creative is challenging but I trust God with my career. I don't approach any of it as a challenge, I approach it as an opportunity to live out my dreams.

Do you wish to add something?
You can stream MAGNOLIA & CLEMENTINE on Amazon Prime in the US
and UK!

Thank you very much for your interview Ashley and I wish you the best. 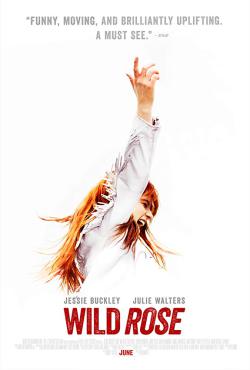