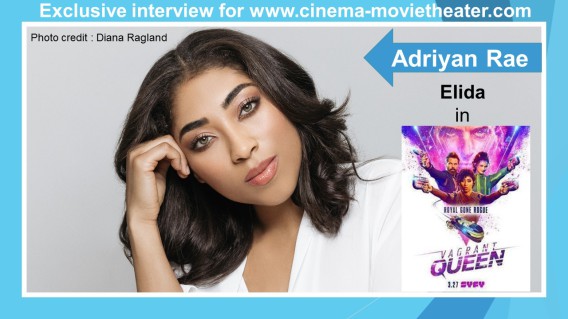 Hi Adriyan, I'm very happy to do this interview. And I hope this finds you and yours safe and healthy.

What can you tell us about your character Elida in Vagrant Queen ?
Elida is the child queen of the planet Arriopa. Her family’s monarchy was overthrown by the republic which caused her to have to live a life on the run. After watching her mother die in front of her at the hands of Lazaro, she learns that her mother is still alive.

This catapults her onto this journey throughout the season of finding not just her mother, but herself and her voice.

Elida is very quick witted, loyal, diplomatic, and believe it or not... caring. 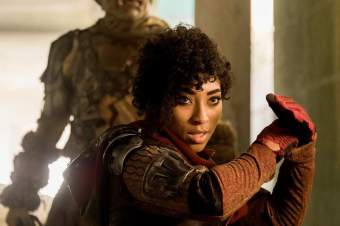 How was your experience filming with Isaac (Tim Rozon), Amae (Alex McGregor), and the creator, Jem Garrard
I am blessed to be able to work with such a talented group of people. My entire experience filming Vagrant Queen was like nothing I have ever had on set.

We have great chemistry and built a genuine camaraderie. We laughed and thoroughly enjoyed ourselves  ! 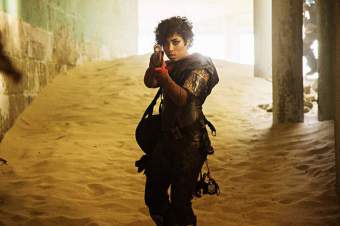 Did you perform or rehearse with your co-stars before shooting ?
Our shooting schedule was quite hectic, but we definitely made time to rehearse and run lines.
Whether that was before the scenes, between takes, etc. I distinctly remember the first time Tim and I rehearsed with Jem when I first got to Capetown –

I remember leaving thinking “God he's great !
That felt great !This is going to be great!” 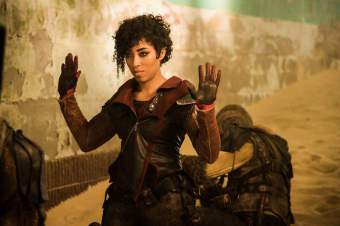 What was it like filming in South Africa ?
Let me start off by saying South Africa is just a BEAUTIFUL country !

But along with its beauty it is filled with great, genuine people and rich culture! I loved filming there ! 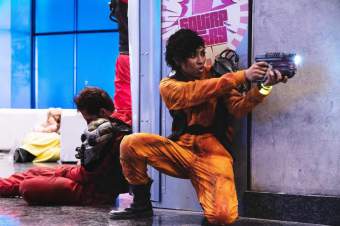 As a black woman leading a sci-fi show, I genuinely feel like I’m part of a movement that’s opening doors for women of color to break out of the traditional roles we are cast in, a movement that actually diversifies television and film.

I am grateful, humbled even, because I know just how important that is. 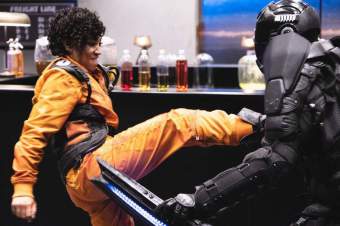 Vagrant Queen is based on the Vault Comics series by Eisner and GLAAD Award-Winning writer Magdalene. Did you read comics before you got this role ?
I was not much of a comic reader prior to this role, but as soon as I got the audition for it, I read the comic. It was so nice because Magdalene and Jason created such a distinct world and Jem did such a great job of incorporating that world into the TV adaptation.

That really helped with the auditioning process, and between the pilot script, sides, and the comic, it all proved helpful in understanding the world Elida was placed in. ? 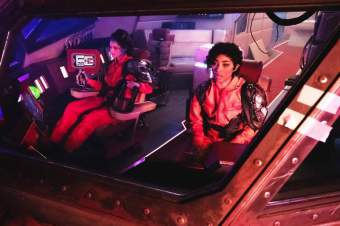 For action scenes, did you have any training before filming ?
No, I did not have previous training, but thank God for our patient and talented stunt department !

They really worked with me to make sure I got the moves down and felt
comfortable! Action scenes quickly became some of my favorite scenes! And shout out to my trainer in South Africa, Andile! Thank you !

How long did shooting for season one take ? 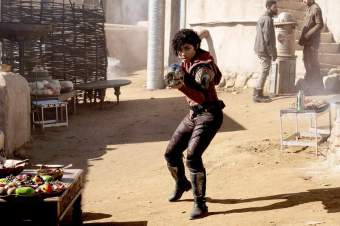 What is your next challenge/project ?
As we know, COVID-19 has halted most productions at the moment.

And as we wait to see how we will take steps to get back to “normal” I am choosing to focus on my scholarship fund that I intend to get off the ground! My production company #LoveandLight Media will be sponsoring a
scholarship fund called the Heart and Soul Scholarship. 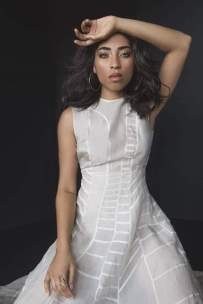 Would you like to add anything else ?
In these trying times, stay uplifted and know that this too shall pass, and we will make it through this, together. Love and Light.

Thank you very much for your interview Adriyan . I wish you the best