Release in USA the 25 March 2016
With my opinion and my mark, also give your opinion and your mark. 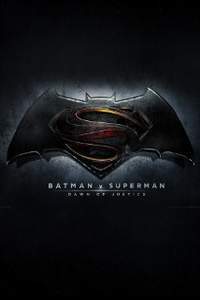 Fearing the actions of a god-like Super Hero left unchecked, Gotham City's own formidable, forceful vigilante takes on Metropolis' most revered, modern-day savior, while the world wrestles with what sort of hero it really needs. And with Batman and Superman at war with one another, a new threat quickly arises, putting mankind in greater danger than it's ever known before.

This is a decent movie but it's not the film of the century!
The movie is in the dark and we do not distinguish very well the fighting, and special effects. I'm a fan of the films 3 D but for this film that does not bring anything, I would even say anything. It is good rhythm and sometimes slow
Superman we see very little fly, Alexander Luthor is good, and Wonder Woman is a plus, the actress Gal Gadot and fills well her role.
But I think it would be nice to do a pose with superheroes.