Hi  Tessa first, I'm very glad to do this interview about you.

What did you like about the storyline and your role in Mia and the White Lion (Mia et le lion blanc) ?

Hi Jean-Paul, well I thought it was a fascinating and ambitious project. And while my role was small, it felt like a key moment in the crisis of the story.
I haven’t seen the film yet so my answer is based on the rhythm of the script that I read.

How was the filming?

Really sensitive and authentic. I appreciated having expert weapons handlers on set when I had to shoot the bow. It felt safe and respectful to the people and the lions. And it was so good seeing Langley Kirkwood again after working together 20 years ago. (Langley plays Mia’s father).

How is the protection of wild animals (Elephants, Lions .....) in South Africa?

It’s a constant challenge and mystery as to how to solve it.

I used to think everybody wanted to be an actor, and some people just got lucky. Then when I was in my final year of high school I had a cousin who had an acting agent and suggested I join the agency.
I went for a few auditions and quickly started getting work. I shot my first tv series when I was 17. After that I studied acting at the University of Cape Town and things have grown from there - with good and bad years of course,
some fantastic opportunities,horrible disappointments, and all the personal work that has to happen to survive the ride.

You did lot of jobs, Internet, Industrial, Commercial, Theater, Radio, Music Video, Film, Voice Over, Television, What is work history that you prefer?

Haha yes I do whatever comes up. There are very few actors who can afford to be choosy. But given the choice: a lovely long tv series would be my happy place.

I have a new series coming out on 31 January on Showmax
(South African digital tv platform). It’s called The Girl From St Agnes.
So that’s exciting, but we already filmed it last year.
The only thing booked in my diary is a new dubbing project.
It’s a Japanese animated tv show which we are subbing into English for sale
to African territories.

Yes. I think it’s incredible how Dania’s family all made such a huge move and lifestyle change to support the making of this film.

Thank you very much for your interview Tessa and I wish you the best for your future.
More information about Tessa on IMDb  and on Facebook 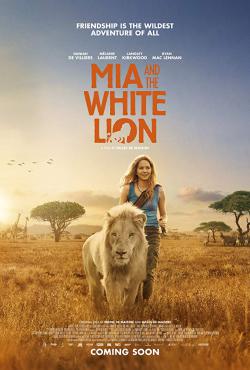