Release in Ireland the 8 October 2021 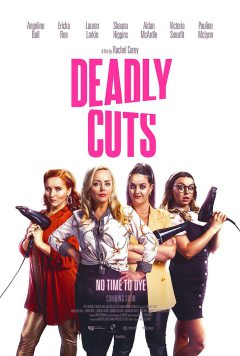 A black comedy set in a working-class Dublin hair salon where the stylists become accidental vigilantes and community heroes as they take on the gang members and gentrifiers threatening their community.

My review :
The mundane, madcap and macabre collide in Deadly Cuts, Rachel Carey’s comedy,
which sees a group of salon workers become of heroes.
The writer-director Rachel Carey is helped by an excellent cast
And a more for  Erika Rowe who gives to Stacey a tenderness who contrasts with her bravado.

This is the first feature film from writer-director Rachel Carey, but I think there will be others