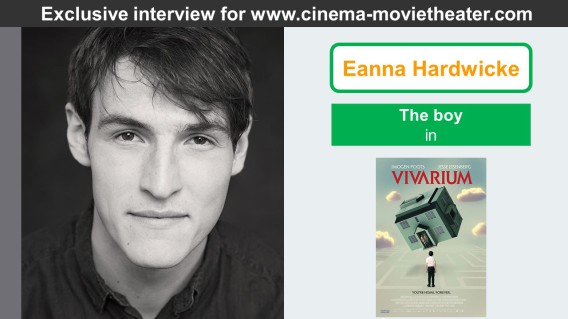 Hi Eanna, First, I'm very happy to do this interview about you

Happy to talk to you!

Could you tell us about your character The Boy in Vivarium ?

Ok I'll try not to spoil anything.. I play the Boy that Gemma and Tom meet in Yonder. The older version of the Boy.
There is only one thing he wants and that is to learn how to be a Son to

He observes them and mimics them and that really is his only understanding of the world. Which was fun to play because in doing all this he becomes totally unnatural and not like a son. It's like he is human in appearance but not inside.

How is the filming with Jesse Eisenberg, Imogen Poots, Jonathan Aris, Olga Wehrly ........ and the director Lorcan Finnegan ?

Really great. I learnt a lot from working with them. Imogen and Jesse and Jonathan were generous and fun and gracious. And those are really brilliant qualities to work with as it keeps you relaxed and it keeps you engaged with the other actor in the scene.
And Lorcan has such amazing vision and he's so creative. He definitely expanded any ideas I had. And made me think much bigger.
For me so much came from watching Senan at work. We play the same character and he gave me loads to carry on with. And he is by nature very creative and playful as an actor so I had to try and rise to that !

No I hadn't. But when they are as good as that they make you feel at home

I was quite Young, maybe 10 or 11 and I just loved to perform. Probably in quite an irritating way for my family. I was always very lucky as my family encouraged me always.
I got started in classes then and began to take it seriously. So it started in the theatre for me. I loved the community of it, the and I think for me it's always been about stepping into another person's shoes. I'm not sure why but I think it's the most fulfilling and enjoyable thing.
I got to do some professional jobs as a kid and found I loved being on a set. There's a great adventure to it and its always different every day.

Do you have other passions than cinema ?

I love the theatre as I mentioned. I love the rehearsal process and the rigour of that. And the chance to do it night after night and go further into it and the challenge to live it anew each night, as if it never happened.

Other than that- I have simple tastes. Good food. Coffee and a book- I think

I probably know every cafe in Dublin by now.

In The Economist of February 15th 2020, I read an article ""Briefing A united Ireland"
Do you think this is possible ?

I honestly don't know. The things that divide the parts of this island are getting smaller but at the same time there will be strong opposition to it among some people always.
Any United Ireland would have to be be built on a lot of compromise.
But I don't think that's a bad thing. I hope to see it someday.

What will you do for St Patrickl Day ?

I will be working actually. Which is fine by me. I think it will be a quiet day for most this year.
They have cancelled most of the parades at this point which is probably a good move.

I am working on one or two things at the moment. Filming and doing a play soon.
I can't really discuss them at the moment but I'm really fortunate to be working with great people. And doing theatre and screen, one after the other is a treat. They really compliment each other.

I can't wait to see what the audiences in France think of Vivarium.
It's a surreal and comic piece and definitely something different.
I'm really proud of it and so fortunate to have been involved.

More information about  Eanna on IMDB 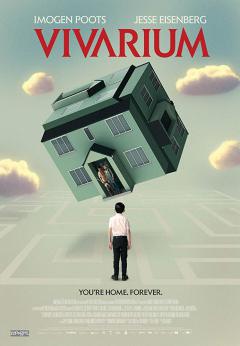