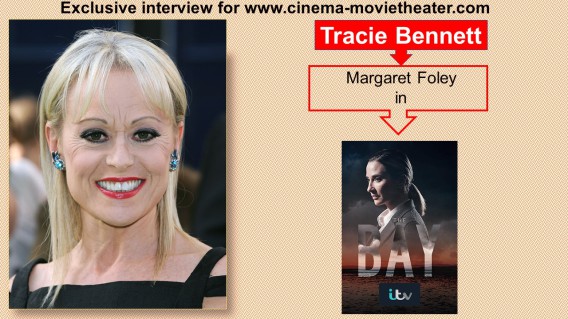 Hi Tracie, I'm very happy to do this interview.

When you read the script, what did you like about the storyline and in your character Margaret Foley in The Bay ?
I liked the fact that the bay was set in Morecombe where some of my family , partly grew up.
And the character was a very strong matriarchal grandma who was very protective of her family.
And the script gave a great viewpoint of a flawed woman lead.

How was the filming with your co-stars and creators Daragh Carville and Richard Clark ?
We all had a great but intense time as we all had our challenges to do with each of our scenes.
I came and went as it focused on my daughter and partner and their twins so they had the majority of work to do.
But I had to be “on it” when I was filming my scenes.

Did you perform with your co-stars before ?
No I’d never worked with them before but I knew how great their individual , previous work was . The casting was brilliant. And I was proud to be part of it. 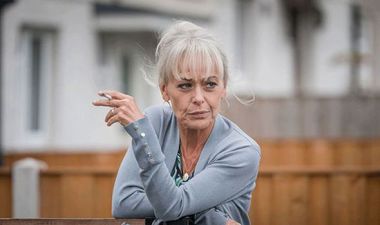 Tracie Bennett is Margaret Foley in The Bay (Image: ITV)

You are singer and actress.
When and why did you choose to be an Actress and a Singer ? I was trained in acting and musical theatre and I’m a musician but I really fell into it after a tv company stopped me from training to be a stunt girl. For insurance purposes , so I’ve been in the industry doing what i do for years now.  I still think what my life would have been like , if they’d let me carry on.   But I was in a big popular Soap drama at the time and I had to finish that contract first and so therefore I had to start training again for my pilots license etc as I’d reached 39 hours but you needed 42 a year. Well, you did in my day.  I couldn’t afford to start the training all over again so I stayed with the acting. And I’ve been lucky over the years but I’ve worked extremely hard.

More information about Tracie  on IMDb  on Youtube, on Spotify and on Deezer