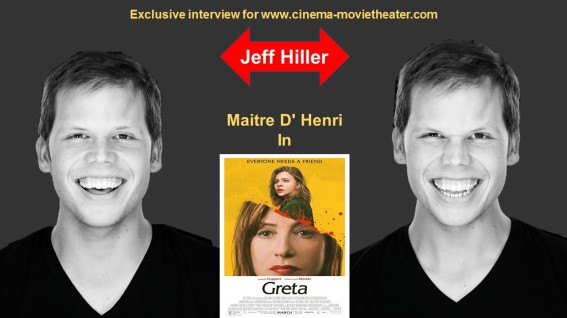 Hi Jeff first, I'm very happy to do this interview about you.

Thanks for asking me.

What did you like about the storyline and your role in Greta ?

Well, to be completely honest, I am just a working actor, so what I loved most was that they wanted me for the part.
I loved that this was a thriller. I am a comedian so this was a brand new genre
to work in and I found that very exciting.

How was the filming with Isabelle Huppert  and with the Director Neil Jordan.?

I have always loved Ms. Huppert, especially her performances in "Elle" and "The Piano Teacher".
I found her to be an amazing professional and especially capable at walking in
4 inch Gucci heels.
I have also been a fan of Mr. Jordan for so long, so it was a thrill to work in a movie directed by him. I remember being a kid and hearing about the big surprise at the end of "The Crying Game" and wanting so desperately to know what it was.

I did not. The movie was shot in Dublin, Ireland, but took place in New York City. Many of the actors were Americans who lived in the UK.
I was one of the few actors based in the US that was brought over to do the film. I rarely get to shoot on location, so it was a thrill.
loved seeing how they turned beautiful Dublin into dirty New York.

I've wanted to be an actor since I was 4 years old and saw Steven Spielberg's "ET" on a VHS tape. After college, I worked for a bit in a different field, but
I missed performing so much that I took some improv classes at the Upright Citizens Brigade Theatre in New York. After I had some success,
I decided to try to do it full time, and I have been doing that for about 12 years now. I work in film, but also on American television, commercials,
and in the theatre.

I will be reprising my role in "Bright Colors and Bold Patterns" by Drew Droege.
I did the show Off-Broadway, and will be doing the regional premiere at The Studio Theatre in Washington, DC.

I don't think so!  Thanks for interviewing working actors in addition to stars.

Thank you very much for your interview Jeff and I wish you the best. 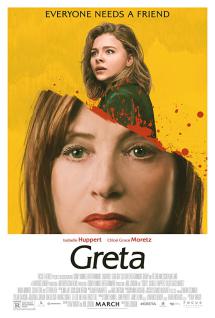